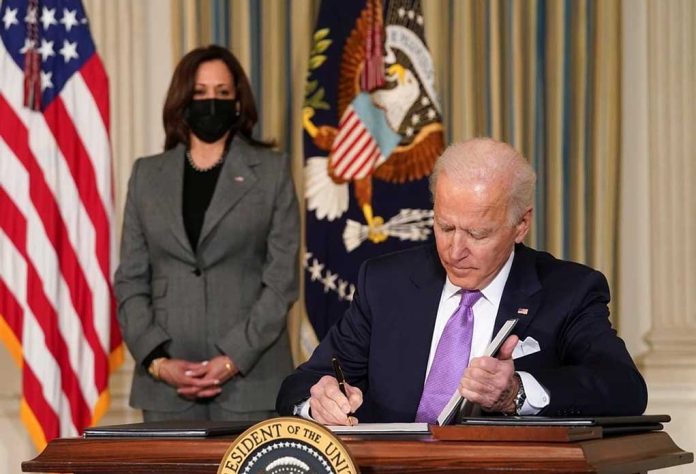 (RightWing.org) – A little over two months into his presidency, Joe Biden is rapidly stripping off the moderate mask he wore during his campaign. The Treasury’s latest word is that Biden’s already bloated infrastructure spending plans have now grown even more – and they’ll mostly be paid for by a huge new tax raid.

Since he took office, Biden has been planning a $3 trillion blowout on infrastructure spending. However, “only” $1 trillion of that was going to be funded through tax increases, which worried economists. The administration responded by increasing the planned tax haul to more than $3 trillion, while spending ballooned to around $4 trillion. That won’t add quite as much to the national debt, but digging $3 trillion out of people’s pockets will be painful for American workers.

Read @JStein_WaPo on the shift in thinking inside the WH about the levels of spending/tax revenue in the infrastructure/jobs plan.

Biden is also using the spending package to sneak through a list of left-wing policies. When most people hear “infrastructure,” they think of roads and communications, but the Dems have redefined the word to include child care, paid family leave, and an expansion of Obamacare. There could be as much as $500 billion of green spending too. With the economy already battered by COVID, is this really how we should be spending money?