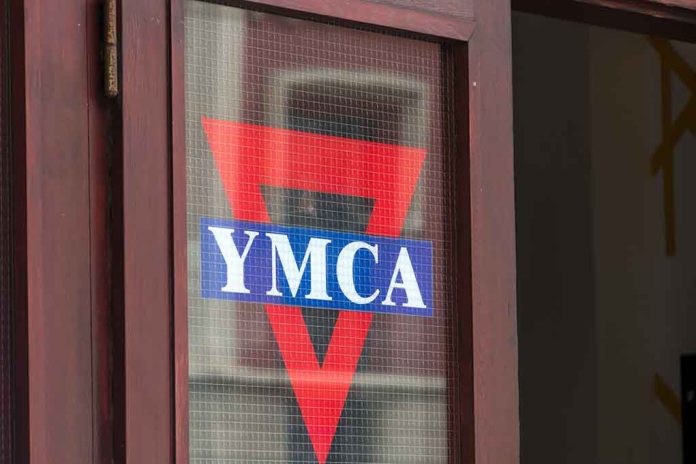 (RightWing.org) – Eighty-year-old Julie Jaman has been swimming at her local YMCA swimming pool for more than three decades. However, everything abruptly changed after she confronted a transgender person in the female locker room and received a lifetime ban from the facility.

Jaman told The Epoch Times she heard a masculine voice outside her shower stall at the Olympic Peninsula YMCA. Immediately overwhelmed with fear, she took a deep breath and demanded the man — dressed in a woman’s bathing suit — leave the women’s locker room. Several women and a group of little girls were naked or dressing at the time.

Julie Jaman was banned from the local YMCA pool after demanding that a man leave a women's locker room where young girls were changing.

Concerned, Jaman reported the incident to Rowen DeLuna, the YMCA’s aquatics manager. However, instead of offering to look into the incident, DeLuna accused Jaman of “discrimination” and called the police. She made an extraordinary on-the-spot decision to ban the distressed woman from using the pool for life.

Community members rushed to the 80-year-old woman’s defense after word got out about the incident. A local mental health professional and rape victim named Amy Sousa organized a rally to offer supporters a way to express their support. At the rally, Jaman was also subjected to boos and shouts condemning her actions from a small group of attendees.

The YMCA later identified the individual as Clementine Adams, a male employee who reportedly identifies as a woman. He didn’t waste any time setting up a GoFundMe account in the wake of the incident to help finance “gender affirmative surgeries.”