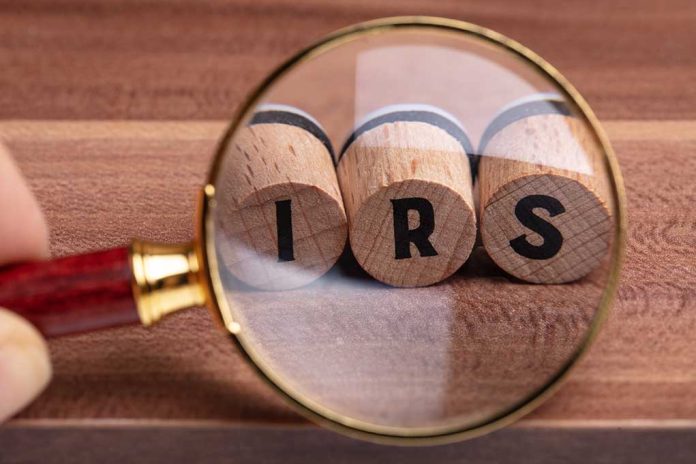 (RightWing.org) – Over the last year, the US government assumed an exploding amount of new debt during the COVID-19 pandemic. The reality may be setting in now that America is coming up on $30 trillion in debt and growing. In a recently released publication, the Congressional Budget Office (CBO) said that the United States debt held by the public rose to 100% of GDP in 2020 for the first time since the end of World War II. That means that the nation’s debt was equal to its economic output.

Over the last week, President Joe Biden acknowledged that taxes would need to rise to pay for his massive $3 trillion infrastructure proposal, which is more about social programs than building airports, bridges, and roads. Now, Treasury Secretary Janet Yellen is proposing a different solution that she believes will solve the problem. On Wednesday, March 24, Yellen said the Internal Revenue Service (IRS) could raise the money without raising taxes if Congress did one simple thing.

According to the Treasury Secretary, the federal government could bring in $7.5 trillion over 10 years without raising a single tax. However, there’s a catch. Congress would need to increase funding to the tax collection agency to hire more people tasked with going after tax cheaters. On the surface, it sounds like a solid proposal.

Distrust in Congress Over the IRS

Being a tax collection agency, some Americans are distrusting of the IRS. However, some of the lack of confidence in the agency is self-made. Between 2010 and 2012, the IRS admitted it targeted over 400 conservative Tea Party groups who applied for tax-exempt status. In 2017, the IRS publicly settled with the groups. It admitted to its wrongdoing and offered a “sincere apology.”

While most agree that tax cheaters should be found out, conservative lawmakers distrust the IRS so much that it could be difficult to increase the agency’s revenue. It’s actions, like the settlement acknowledgment mentioned above, created deep skepticism and a hesitancy to give the agency more power over Americans.

Small Majority May Agree With Yellen

The “fair share” argument could persuade most Americans. If the law requires Americans to pay their taxes, then they should do so. However, giving the IRS more tax dollars to hunt down tax cheats is always a risk when the agency has proven it could abuse its power.

It’s a catch-22 that lawmakers will need to address if they don’t want to raise taxes, but the government is stuck needing to find ways to increase revenues thanks to the multi-trillion spending during the pandemic.

Unfortunately, the best intentions can create the worst outcomes. The IRS did this one to themselves, and in turn, its actions hurt America.