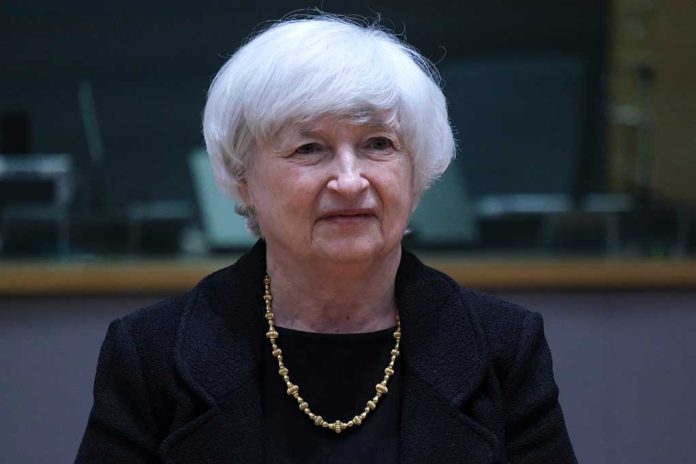 (RightWing.org) – Since tech entrepreneur Elon Musk took over Twitter in October, Liberals have been losing their minds. Commentators and activists have been screaming with rage, and even Democratic politicians have gotten in on the act. Now, Treasure Secretary Janet Yellen has unexpectedly intervened to calm things down.

Another L for Democrats https://t.co/ti6rwNWl6l

On November 9, President Joe Biden said the fact the Saudi Arabian royal family now has a 4% stake in Twitter was “worth looking into.” This followed a request by Senator Chris Murphy (D-CT) for the Committee on Foreign Investment in the United States (CFIUS) — which Yellen also heads — to investigate Twitter over alleged Saudi access to user data. Representative Jan Schakowsky (D-IL) has also called on the Federal Trade Commission to launch a probe over user data according to POLITCO.

It’s interesting that none of these lawmakers cared how Twitter handled user data while it was controlled by ultra-liberals, but surely they’re not demanding an investigation now just because Musk is a political centrist?

Maybe not — but Yellen doesn’t see any other reason to go after the company. Talking to CBS News on November 15, she said she’s “not sure precisely what [Biden] had in mind” but hasn’t heard anything that would justify an investigation. Will that be enough to silence Musk’s critics, or will they just look for new ways to attack him?