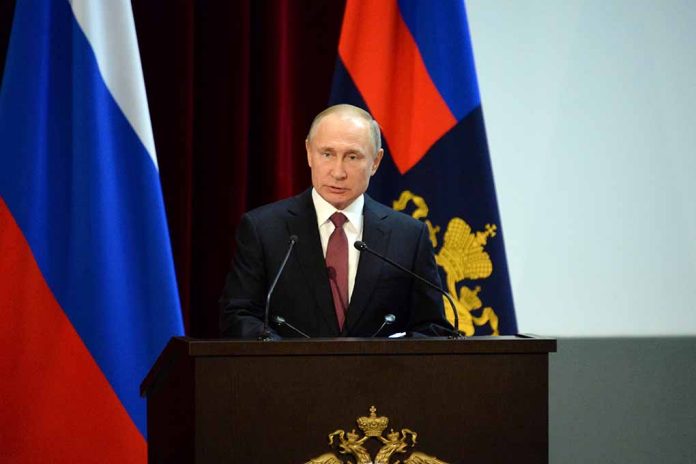 (RightWing.org) – Over the last decade, China and Russia have aligned more closely with one another. In February, Chinese President Xi Jinping and Russian President Vladimir Putin met in Beijing during the Winter Olympics and ahead of Putin’s invasion of Ukraine. They signed a pledge that said the two sides would have no limits on their cooperation.

Yet, despite the pledge, Xi has only offered his verbal support for Russia’s war on Ukraine. China appears unwilling to go any farther, suggesting its support is based on sovereignty and security issues. This was reinforced on Wednesday, June 15, when the two leaders spoke by phone. Still, their interests appear to align primarily over their differences with the United States.

During the call, Xi stated that all parties should responsibly try to settle the Ukrainian crisis while refusing to criticize Russia for its war on Ukraine. The Kremlin’s account of the call said that Putin outlined his assessment of the war and that Xi acknowledged Russia’s sovereignty and security issues (regarding NATO’s expansion eastward to the Russian border) and its right to protect its border.

In the February meeting between the two leaders, Putin and Xi declared their opposition to NATO expansion and affirmed that Taiwan is part of China. Many foreign policy experts are concerned that China could invade Taiwan and use the Ukrainian crisis as cover.

On Wednesday, Xi told Putin he would work with Russia to create a pragmatic bilateral relationship to support one another on core interests and over issues such as sovereignty and security.

Is the China-Russia Relationship Tenable?

On June 14, the Council of Foreign Relations (CFR) updated its China-Russia relationship assessment. Analysts said that the two countries have increased their trade association over the last decade, but are not formal allies. As such, past issues led experts to question the strength of their current connection. Because the two countries are not allies, they are unlikely to come to one another’s aid militarily.

The CFR noted that China and Russia have a long and complicated history. It stated that the countries share limited ideals and that their common rivalry with the United States appears to be the main driver behind their agreements instead of any mutual affinity.

Economically, experts say that China doesn’t need Russia. Yet, Russia needs China more than ever due to Western sanctions.

Still, China is apprehensive about direct support for Russia due to its sizeable economic dependence on US business.

For now, it appears that China will continue to offer verbal support to Russia while trying to appear neutral and avoid any economic repercussions from the West.