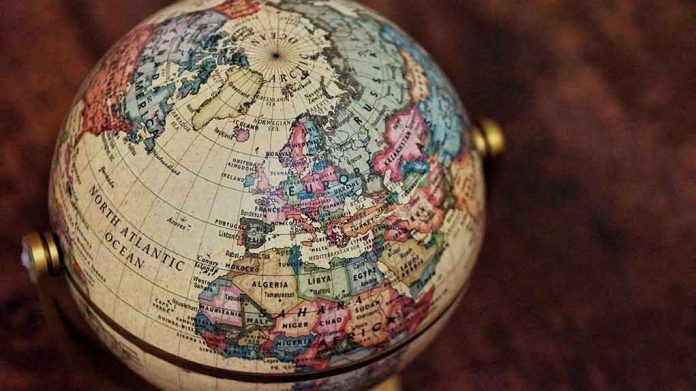 (RightWing.org) – Since the 1990s, some in the global community have tried to persuade nations to do what’s in the best interest of the global economy over the needs of their countries. In 2020, the World Economic Forum (WEF) said that the COVID-19 crisis created a unique opportunity. Extremely wealthy businesses, individuals, and governments who participate in the WEF say the pandemic could improve the world through what they coined, the Great Reset initiative.

Every winter, WEF members meet at Davos, Switzerland, in the snowy alpine mountains. This year, it got pushed back until springtime. The 2022 meeting comes at a unique time as global issues take center stage. COVID is still a discussion, as is climate change. Yet, the Russian war on Ukraine is showing strains on the limits of globalization.

President of the WEF, Borge Brende, said Davos is different this year for many reasons. Chief among them is the lack of global co-operation with the WEF’s agenda, which is primarily asking countries to give up their sovereignty for the sake of a little security.

WEF head, Klaus Schwab, said that the organization would rebuild the future and two European countries said the global energy crisis is going through a transition that most people will find painful. If that sounds familiar, it’s because on Monday, May 23, President Joe Biden echoed that sentiment almost word for word. Still, some at Davos said the pain caused by high energy costs shouldn’t cause countries to resist globalism to protect their sovereignty over the WEF’s agenda.

For years, many may have called the WEF agenda a conspiracy theory. The problem with that is they are saying things publicly in their own words.

So, would it be wise for the US to give up its sovereignty to those whose agenda may run contrary to the principles of liberty and freedom espoused in our nation’s documents and throughout US history? Haven’t Americans already given up enough in the last two years?

Not according to the World Economic Forum.

The Narrative of Collaboration

Schwab noted the powerful community of elites could control the state of the world, but two conditions must occur. First, WEF countries and stakeholders must work together in collaboration as a larger community not only for each one’s self-interest but also for that of the broader community. The challenge with Schwab’s rhetoric is that community isn’t about country, identity, and culture — it’s a global community.

Second, Schwab said those at Davos must find opportunities to make progress together on specific global initiatives. The challenge is that the world is learning that people see themselves as citizens of countries, not the world community. Russia is attacking Ukraine over what it says is its self-interests. Countries are joining NATO to protect themselves from Russia and to ensure their cultures, societies, and citizens are safe.

Norwegian finance CEO Kjerstin Braathen said the transition in energy (presumably from fossil fuels to renewable and green energies) would be painful during this prime opportunity to enact leftist climate change initiatives. She said the mass-energy shortages would cause economic hardship, but added that the pain would be worth the end result. Really? How will citizens of countries respond to their leaders if things worsen?

The WEF agenda may be dangerous to individual countries, but its ideas could also force some countries to reconsider the global agenda if the backlash is strong enough.

So, stay tuned. A lot could come out of Davos. We’ve already witnessed Biden echo its agenda. Time will tell what that means for America.