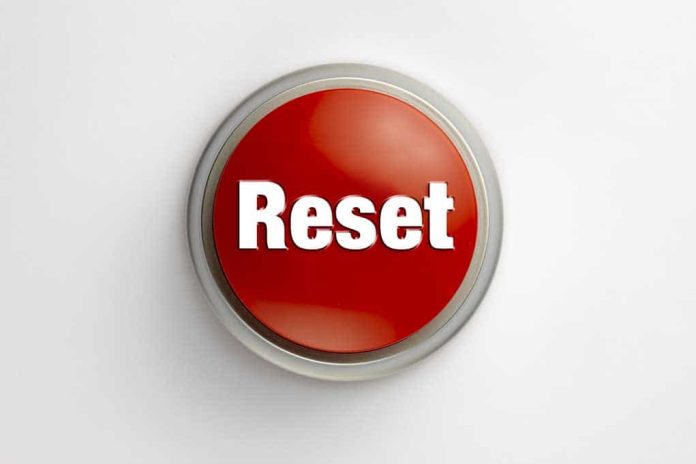 (RightWing.org) – Never let a good crisis go to waste. That’s a famous term coined by former Obama Chief of Staff Rahm Emanuel in 2010. Instead of sound economic policies, the Obama administration used the Great Recession to push through Obamacare and promote other liberal agendas. Bad policies led to the slowest economic growth in modern US history — up until 2017.

In the wake of COVID-19, it appears the famous quote has new relevance. Instead of the government being the arbiter of economic policy, this time, it’s large multinational companies who are pushing a far-left agenda under the guise of resetting the capitalist economy. Some of their partners include Google, Apple, Amazon, NBC Universal, JP Morgan Chase, and many others.

In October 2020, World Economic Forum (WEF) Director Klaus Schwab wrote a revealing article in Time that highlighted how it’s not so much about the economy and capitalist principles but about a leftist agenda that can remake the economy in the wake of COVID-19.

From the first day of America’s formation, the US economy was built on free-market capitalist principles. In short, the market reacts to the principles of supply and demand, and that drives economic growth known as Gross Domestic Product (GDP). Traditionally, the government remained hands-off when it came to the markets, except to ensure that there were rules and safeguards to protect consumers and investors. That system created the most prosperous country in the history of the world.

However, in the wake of COVID-19, the WEF suggests capitalism is a complete failure. Schwab argues that a more “virtuous capitalist system is possible” and that the global economy is primed to be reshaken.

According to Schwab, the following questions need to be answered in order to make the transition:

What does any of this have to do with basic macroeconomic principles that have spurred prosperity for over a century?

The market has been addressing some of the cultural questions for decades. However, much of this is more about liberal ideology than economic principles. Yet, someone will financially benefit.

Instead of sticking to the laws of economics to recover the world economy, this group of large conglomerate businesses is acting more like a government. They are talking about creating a system that could force individuals, businesses, and economies to enact social changes without society’s say.

Who elected these individuals to make decisions on behalf of the countries and their citizens?

Who benefits from these actions?

It seems the stakeholders are limited and unaccountable, unlike shareholders who hold their business executives responsible for a company’s actions that lead to profits and losses. This all sounds good to some, but the reality is, where accountability is lacking, unprincipled people are likely to behave in a manner that only benefits themselves.

Once again, it seems a group of people is taking advantage of a crisis. The question is, will the US government go along with this?

It depends on who the people elect to lead the US government.