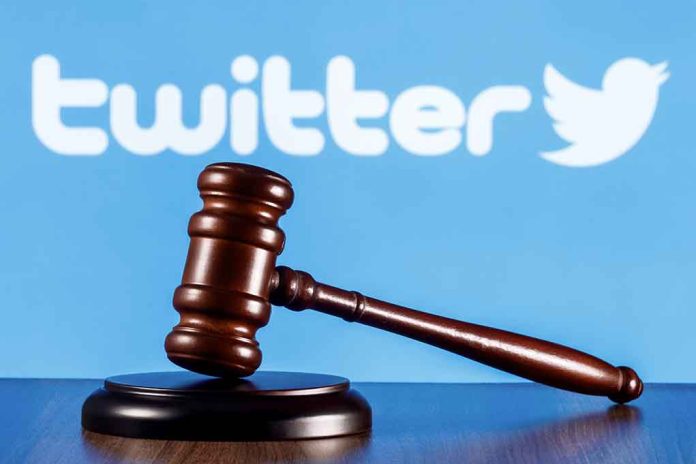 34 Years In Prison ORDERED – They Claim Use of Twitter is a Crime!

(RightWing.org) – In mid-July, President Joe Biden traveled to the Middle East to meet with Saudi Arabian leaders, among others. Human rights activists criticized the visit with Crown Prince Mohammed bin Salman (MBS), saying Biden was normalizing relations with a brutal dictator and murderer. Now, some say things are getting worse for women in Saudi Arabia after a court gave one 34 years in prison for using Twitter.

The US State Department condemned the woman’s arrest. Officials said the Saudi regime shouldn’t repress her freedom of expression. This sentiment comes from the same government working with a popular social media site ahead of the 2022 midterm elections. Officials say they must protect against harmful misinformation — a similar claim the Saudis made.

Salma al-Shehab is a 34-year-old wife and mother of two. Around 2018, al-Shehab arrived in the United Kingdom (UK) to pursue a doctoral degree at Leeds University. Upon returning home for a holiday in 2020, authorities detained her for questioning and then arrested and criminally charged her for tweeting. MBS’s regime claimed she undermined the country’s stability on Twitter by criticizing how the Saudis treat women in her home country. A court observer noted that the government held her in solitary confinement on numerous occasions. After being found guilty, al-Shehab was sentenced to 34 years in prison.

The now convicted criminal has 2,597 followers on the social media platform. She occasionally retweeted Saudi dissidents living overseas. In one instance, al-Shehab shared a tweet from a significant feminist whom the authorities imprisoned for supporting women’s rights and who alleged the authorities tortured her while in prison.

The irony in al-Shehab’s story is that members of Saudi royalty own a stake in Twitter. Prince Alwaleed Bin Talal Bin Abdulaziz Alsaud owns the second most shares of the company. His 2.5% stake is larger than co-founder Jack Dorsey.

US Blasts Decision and Creates Its Own Controversy

The State Department criticized the Saudis over al-Shehab’s arrest and conviction. On Wednesday, August 17, Spokesperson Ned Price said the agency was looking into al-Shehab’s case. He stated no government should criminalize freedom of expression and the right to advocate for women’s rights. He added that it’s a principle the United States would stand up for around the world.

What about at home?

As voters prepare to head to the polls in November to elect candidates to Congress and state offices, the Biden administration is ramping up efforts to combat misinformation online. A government organization, the Federal Voting Assistance Program, recently partnered with Chinese social media company TikTok.

The platform stated it would ban content spreading misinformation, prohibit political advertisements, prohibit Political Action Committees (PAC), and label content related to the 2022 midterm election. It also said it would also partner with independent intelligence firms and fact-checkers it authorizes to review and censor videos.

The challenge with censorship is it may or may not have a good motive. Still, a good reason doesn’t stop censorship of accurate information because fact-checkers or others deem it inaccurate. There are numerous cases where the truth came out after the fact. An example was the Hunter Biden laptop story from October 2020.

Is there some hypocrisy going on by the State Department and the federal government?