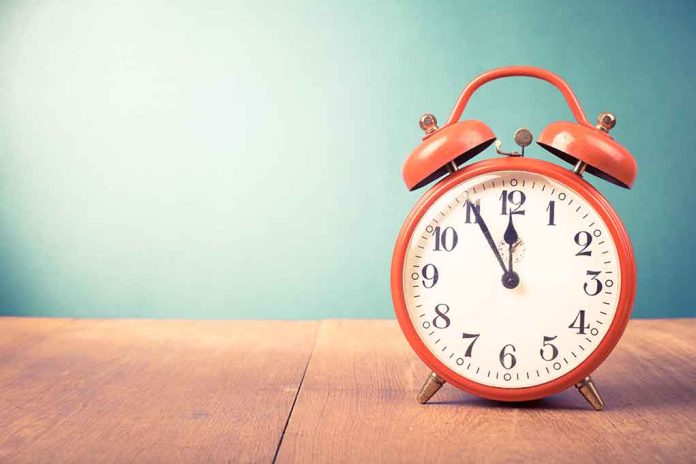 (RightWing.org) – All bets are off regarding caps on the ridiculous nature of complaints in the era of “woke culture.” A perfect case in point is the recent claim that being on time is related somehow to white supremacy. Here’s what happened.

Last year, African-American LGBTQ activist Jameelah Jones posted a short clip on her TikTok account responding to a white man asking people to quit “normalizing” being late. Continuing, he added that “it’s not cute [and] it’s not funny, and -” before being cut off by Jones for her video.

Jones, or @sunnydaejones to her followers, told her fans to let her know when they were ready to learn about the connection between white supremacy, sexism, homophobia, and patriarchy and the “white American cultural norm [of] obsessing on being on time.”

A TikTok activist suggested that sticking to a schedule is rooted in white supremacy, sexism, and homophobia.https://t.co/8cVHq9NYsb

Continuing her rant, Jones explained that being on time was one of her favorite things to talk about since she was a gay, black woman with ADHD and more than a passing interest in “African American history and culture,” whatever that means.

On January 17, the Libs of TikTok posted the clip on its Twitter account, amassing more than four million views in less than 72 hours — nearly four times as many as Jones’ original post.

As one might expect, Twitter users quickly respond to the clip. For instance, one user pointed out that TikTok was “creating a… community of people obsessed with racism.” One user humorously retorted that he’s almost always late. “Have I been a low-key anti-racist this whole time!?” Another noted the clip served as an example of progressivism urging minorities to embrace “self-destructive values and beliefs.”

However, most comments defended the importance of being on time, pointing out that the practice demonstrates basic respect for others.

According to critical race theorists, punctuality and the use of time schedules are, in fact, characteristics of White Supremacy (like so many other good things are). pic.twitter.com/BmrZLOy8bK

In an interesting take, another user noted that critical race theorists claim “punctuality and the use of time schedules” are characteristic of white supremacy.