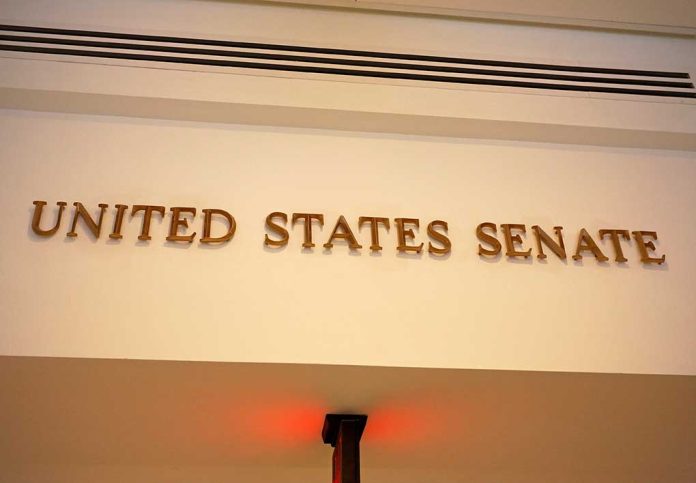 (RightWing.org) – The stakes couldn’t be higher for Senate Democrats or Republicans in the 2022 midterm elections. In January 2021, two Georgia Democrats shocked the political world when they won runoff elections against the incumbent Republicans. GOP voters didn’t show up in force to vote, and it cost them the election after they were frustrated over the presidential election results and potential voter fraud issues.

President Joe Biden’s agenda and legacy are in jeopardy if the GOP takes back either the House or the Senate. While many believe there isn’t much doubt the GOP will take back the House, the Senate is a bit trickier for Republicans. Some believe that Biden’s plunging poll numbers and voters’ sour moods against the party in charge in Washington, DC, could swing the Senate. One state to watch closely is Pennsylvania.

Last summer, longtime Pennsylvania US Sen. Pat Toomey (R-PA) announced his retirement from the Senate. Currently, the junior Senator is Democrat Bob Casey (D-PA). Only once in the last 100 years did either political party hold both Senate seats in the Keystone State.

As America heads towards the 2022 primary season, it’s already underway in Pennsylvania. Far-left Lieutenant Gov. John Fetterman and moderate US Congressman Connor Lamb (D-PA) are already duking it out. Fetterman says he’ll be the 51st vote for Biden’s extreme agenda as he won’t be a Manchin or Sinema-type Senator. Instead, the lieutenant governor is more in the mold of democratic socialist Sen. Bernie Sanders (I-VT). Fetterman is trying to make the case that he’s the early front-runner. Lamb claims he’s more in the center and more of a traditional blue dog Democrat.

It’s a clash that’s likely to play out in Democratic primaries across the country. Fetterman may beat Lamb in a primary, but his radical social views could hurt him significantly in a statewide election. Right now, it’s a tossup who will win the Democratic primary in May.

Will the Left or Center Prevail

If Democrats hope to win Toomey’s seat, voters may want to consider the centrist candidate in a year when President Biden’s approval rating is tanking hard. In August, Biden was limping along at 41% in a Franklin & Marshall poll of Pennsylvania voters. In October, it sank to 32%. That doesn’t bode well for Fetterman’s chances, even among some Democrats.

Even if Lamb wins, there may not be enough desire among PA voters to put another Democrat in the US Senate. It appears that Republicans have the momentum heading into the primary season, and that’s not likely to change ahead of the November general election.

From 2016 to 2020, Republicans significantly outperformed Democrats in voter registrations. The GOP added 205,000 voters, increasing the party’s registration to 3.5 million and cutting the Democratic advantage to 700,000 from nearly 1 million. From June to October 2020, the GOP added an additional 215,000 voters to Democrats 115,000.

With enthusiasm behind the GOP, it could spell problems for Democrats seeking to take Toomey’s office. Several prominent state Republicans are lining up to take each other on, but the primary isn’t expected to be brutal, unlike the Democratic primary.

As Pennsylvania goes, so likely is the US Senate.

Stay tuned. May is a long way off, and anything can happen in electoral politics this far out.