America has seen its fair share of mass shootings this year. They seem to never end while Democrats continue to sandbag any real attempts to prevent shootings in the first place. Now, the Whtie House has heard a potentially dangerous proposal to spot a mass shooter before they draw their guns.

The White House heard a briefing on the creation of HARPA, a new agency that oversees the “health” aspect of the national defense agency DARPA. Among other activities, HARPA’s goal is to define the underlying psychological mechanisms that drive a mass shooter. The theory is that, if HARPA can identify a potential mass shooter, then they can be detained before committing a crime.

Here’s the catch: HARPA is going to use YOUR personal data in their research. Volunteers will give up information gathered by smart devices like home assistants, Apple Watches, and Fitbits. Then, a new AI-controlled monitoring program should be able to catch a mass shooter before they act.

This is an extremely dangerous overreach of government power. We’ve already seen how “safe” our data is in the hands of government and corporations. That’s not to mention that HARPA is ready to tap into our high-tech devices that can capture every intimate conversation and embarrassing moment.

Hopefully, the White House understands how extremely dangerous this program is to the average American. Maybe we could avoid these potentially draconian policies if Democrats would start working with Republicans for a reasonable solution to mass shootings. 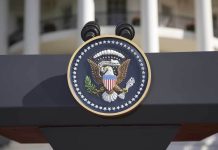