The herd of DNC candidates grasping for their chance to sit in the White House is thinning. With only 12 candidates on the previous debate stages, more are expected to quit in the near future. Dropping out isn’t unexpected, but the way in which some candidates are ending their run is remarkable, to say the least.

Julián Castro is essentially holding his supporter base for ransom by demanding more money to stay in the race. He’s begging for an additional $800,000 from his donors within a week to continue his campaign. For whatever reason, Castro needs that extra money to make it to the November debate stage. He even took his plea to social media.

I’m extremely proud of the historic and bold campaign we have built together.

But this is a critical moment— if my campaign can’t raise $800,000 by October 31st, my campaign will be silenced for good. Help us keep up the fight.

FEC filings reveal that Castro only has about $600,000 left in the bank while he raised $3.4 million during Q3. Even if he meets this goal, Castro isn’t polling high enough to make a real impact in the Democratic debate scene. According to Real Clear Politics polling data, Castro has consistently polled at less than 1% and is currently sitting at 0.7%.

Expect the see Castro drop out of the DNC presidential race soon, but not before he cashes out. 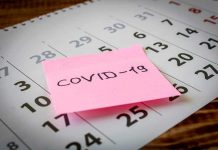