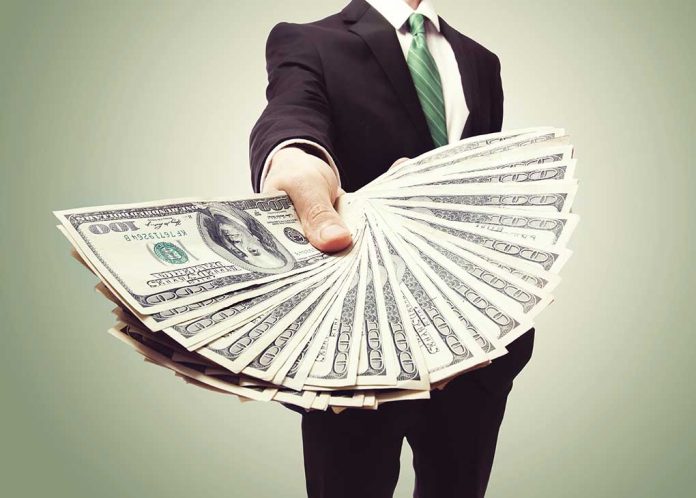 (RightWing.org) – In politics, candidates need money to win elections. Like any other endeavor, it’s a fact of life. Unfortunately, over the last several decades, donations to political campaigns grew extraordinarily, and politics is now one of the biggest businesses in America. An entire industry exists to influence politicians, and money is the main driver.

At the federal level, incumbents enjoy a tremendous advantage over aspiring challengers. Their influence, relationships, and ability to help an industry bring in a flood of special interest money. California is currently a great example. Democratic Gov. Gavin Newsom is facing a recall election after voters rebelled against his handling of the pandemic. Last fall and winter, Newsom put harsh restrictions back in place to control the spread of COVID-19. However, he protected his liberal friends in the movie industry.

Now, it appears that the entertainment industry is about to pay him back in his fight to keep the governorship of California.

Across the country, big business is involving itself in retail politics at a level not seen before. Among others, Major League Baseball (MLB) came out against a Georgia common-sense election reform bill. MLB pulled its All-Star game out of Atlanta in protest, and in the process, destroyed the dreams of small business owners looking forward to some financial relief.

Corporate buy-offs of candidates are rarely discussed, and for a good reason. Politicians and corporations don’t want the public backlash. In California, they got the scrutiny whether they like it or not. In November, hoards of entertainment industry vultures, aka lobbyists, struck deals with Newsom to continue operating unabated during the harsh pandemic lockdowns. Newsom exempted the entertainment industry from stay-at-home orders beginning in November.

However, small businesses weren’t afforded the same luxury. In December, a small business owner posted a video that went viral when a movie studio was allowed to set up an outdoor eating area for a movie crew next to the business. The video stirred strong reactions due to the hypocrisy.

So, apparently, it’s okay for big businesses to operate, but not small businesses.

Newsom delivered for the entertainment industry. Now, it’s their turn to deliver for him in the face of the recall. In April, Netflix CEO Reed Hastings contributed $3 million to help Newsom keep the governor’s seat. Reed wasn’t alone. Famous director J.J. Abrams, producer Chuck Lorre, and a slew of actors and actresses also contributed mightily to Newson.

During a normal campaign, campaign finance laws must be adhered to, or candidates could face fines and legal actions. However, a recall is not considered a political campaign. Instead, it’s a “ballot initiative.” That means there are no donation caps.

So, voters have a clear choice. Will they support big businesses that enjoy unfettered access to powerful politicians who can do them favors for cash? Or, will voters be sympathetic to small businesses that were fortunate enough to hang on through the pandemic?

Once again, we’re about to discover how powerful money is, or isn’t, in an emotional election about the future of a state.