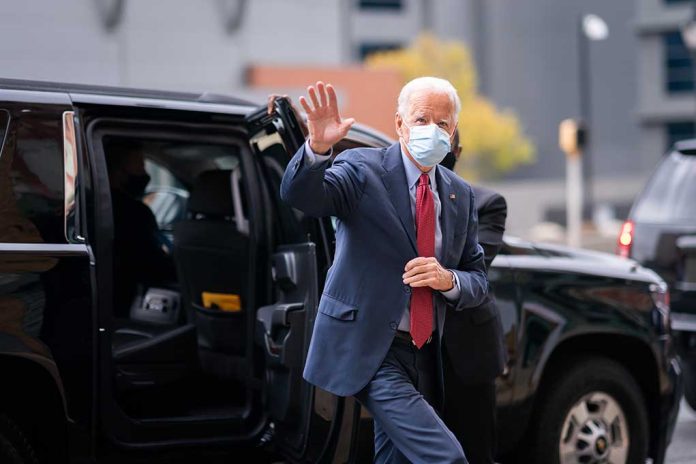 (RightWing.org) – In 1918, the Spanish flu plague was a horrific event. The virus responsible for the disease actually killed more than all the people who died in World War I. It claimed approximately 16 million lives. It eluded treatments, defied control, and struck every corner of American life. The average lifespan in twelve months dropped by 12 years. Still, politicians didn’t shut down society, businesses, schools, or ask people to sacrifice their livelihoods for government protection.

According to the Centers for Disease Control (CDC), as of January 6, 829,740 have died from COVID-19 since March 2020. That’s a far cry from 16 million who succumbed to the Spanish flu. As time moved on, the Spanish flu virus mutated, and people learned to live with the disease. Sound familiar?

Now, six doctors who advised Joe Biden’s transition team are asking the president to significantly change his strategy for the betterment of the country.

When Biden assumed office in January 2021, his new administration implemented an immediate zero COVID policy. The goal was ambitious and likely unattainable — they wanted to eradicate COVID. The administration genuinely believed they could accomplish their goal between vaccinations, social distancing, and masking policies until the Delta variant struck in the fall. Then, the Omicron variant took over starting in December.

Drs. Ezekiel Emanuel, Michael Osterholm, Celine Gounder, David Michaels, Rick Bright, and Luciana Borio say the virus is here to stay. As such, they say the response to the pandemic must change. Instead of a zero-tolerance policy, the former presidential transition medical advisors say that the government ought to recognize that it’s a permanent part of living, a new normal.

The doctors suggested the government should treat COVID-19 like they do other viruses such as influenza, respiratory syncytial virus (RSV), and the like. The country doesn’t shut down over these illnesses, and Biden’s trusted advisors believe the government needs to move on from COVID mitigation efforts.

In learning to live with COVID-19, the doctors say how the virus is measured and handled ought to be revised. Infrastructure should include real-time electronic data collection on viral respiratory infections, hospitalizations, deaths, outcomes, and immunizations.

In addition to a host of other reforms that included better access to medical care, the doctors said it’s vital the administration rebuild public trust with public health institutions. While they didn’t define which agencies, one can discern they might be talking about the National Health Institutes (for whom Dr. Fauci’s agency is responsible) and the Centers for Disease Control (CDC). Over the last few years, the public experienced whiplash over communication problems and constantly changing recommendations that led to confusion, doubt, and distrust by some.

The question is, will President Biden listen?