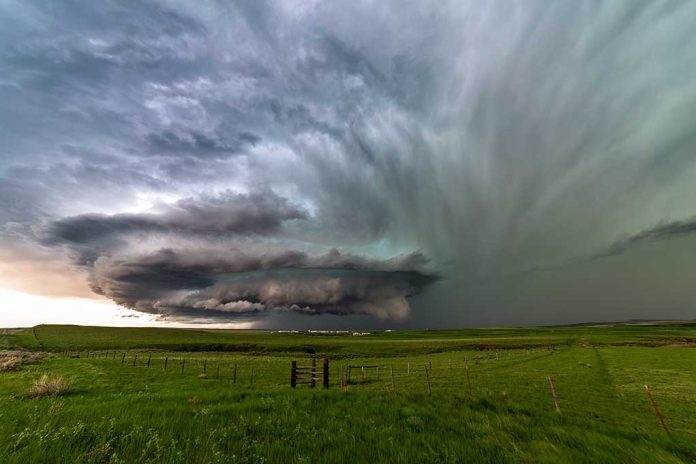 (RightWing.org) – After multiple states were hit by killer tornadoes last weekend, many Americans wondered why there wasn’t any warning. After all, weather forecasting has come a long way in the last couple of decades, so why do tornadoes still take us by surprise?

The simple answer is that typically tornadoes are relatively small weather events and don’t last long. A hurricane is a huge, complex weather system that takes days to form, covers tens of thousands of square miles, and can last for over a week as long as it stays out at sea. The conditions causing them are highly predictable, and meteorologists can watch them forming on satellite images and predict their path three to five days ahead.

Residents of a Kentucky town devastated by a tornado could be without heat, water and electricity in chilly temperatures for a long time, the mayor of Mayfield warned Monday.https://t.co/s6RPEtoGa6

Tornadoes are very different. They’re compact – usually no more than a few hundred feet across – and form very quickly. Once they form, they usually only last for a few minutes and then dissipate, but during that time, twisters are incredibly violent.

Predicting tornadoes is complicated because they can form in many ways, but the most dangerous funnels are caused by rotating “supercell” thunderstorms. Heavy rain from the storm can drag down an area of rotating air, which spins more quickly as it descends until a tornado forms. When a supercell thunderstorm develops, meteorologists will often issue a tornado watch. This weather alert means the conditions are right for tornadoes to form. A tornado warning is different; either observers or radar have seen a funnel forming.

A series of thunderstorms led to last week’s chaos, including a rare supercell that formed over Arkansas and then swept through Missouri, Tennessee and Kentucky across a more than 200-mile swath. So far, the best advice on predicting tornados is simply to listen for thunder; if you hear it, the tornado risk just increased.