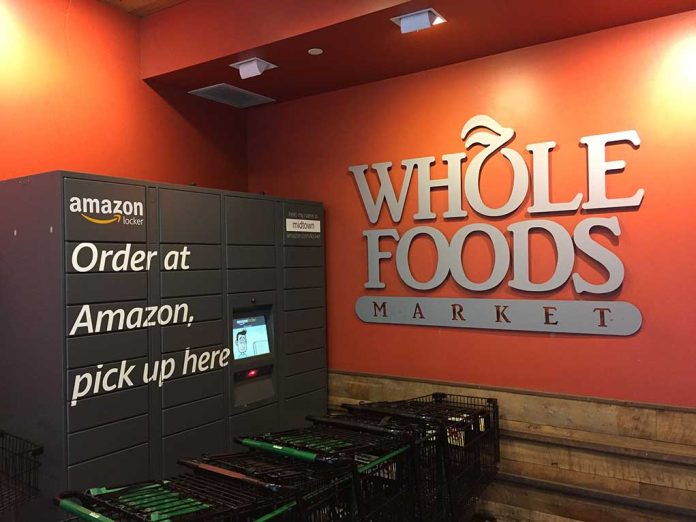 (RightWing.org) – It seems a growing number of politicians and voters in the Democratic Party believe the best way to fight poverty is through the power of the federal government. For decades, there has been a shift in attitudes that suggest hard work, savings, and determined grit were not the way for people to attain a better life. Instead, it might be easier to take from the haves and give to the have-nots. This left-wing ideology has swept not just through the political class and the media but also into some corporations.

But not everyone agrees with the Left’s worldview. Many corporate leaders refuse to enter the fray. For generations, it has been bad business for company executives to express their personal views as it could hurt the bottom line. As Whole Foods CEO John Mackey prepares to retire, he’s becoming more vocal. He warned that socialists are hijacking every facet of American life.

On Wednesday, August 10, Reason Magazine caught up with the founder of Whole Foods. Mackey started the company in 1980 and developed what he called “conscious capitalism.” The idea is companies don’t just have a responsibility to investor stakeholders; he argued a business has numerous obligations, including to employees, customers, suppliers, and the community. He believes for-profit entities should “create financial, intellectual, social, cultural, emotional, spiritual, physical, and ecological wealth for all their stakeholders.”

Over the years, the leader said Whole Foods helped transform the grocery shopping experience. Still, he lamented that something is going wrong in America, and felt powerless to say much over concerns it would hurt profits. It appears as he gets closer to retirement in September, that’s changing quickly.

Mackey told Reason socialists are taking over society. They’re influencing education, the military, government, and business. He stated he loves capitalism, and it’s a great force for good.

The CEO noted his twin values were liberty and capitalism. Yet, as freedom of speech comes under attack, he believes the rights he took for granted in his lifetime are under threat.

Mackey Plans to Speak Out More

In 2017, Amazon purchased Whole Foods for $13.7 billion. Mackey agreed to stay with the company but will retire in September. Because it operates by promoting environmentally friendly agricultural practices, pays employees well, and pioneered healthcare for entry-level workers, some believe the organization was progressive. It’s anything but liberal, and he insinuated capitalism is at the heart of everything he does.

Makey believes government policies incentivized many to stay home, saying some people made more money on the couch than working. He noted younger folks don’t want to work, but the supermarket industry relies on them. The CEO said the problems are most chronic in Democratic-led big cities.

The businessman stated “Crazy John” will no longer have a muzzle in a few weeks. He intends to talk a lot about politics.