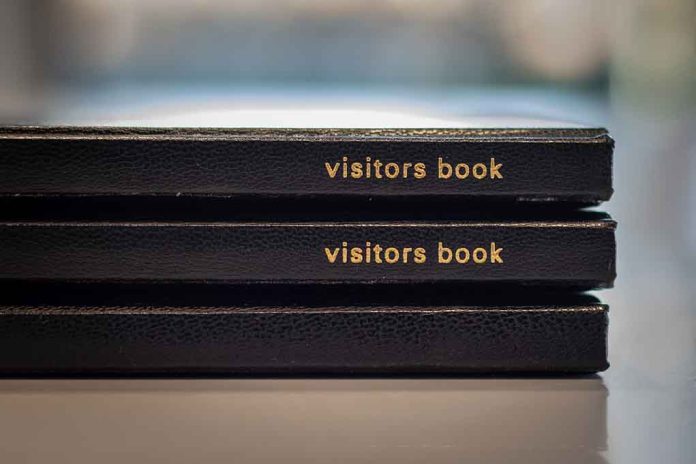 (RightWing.org) – The controversy surrounding Hunter Biden’s sketchy overseas business deals has threatened to sink his father’s political career for years. Recent revelations from former business partners and his abandoned laptop have implicated Joe Biden and his brother in potentially unlawful activity. A new report sheds further light on the possibility then-Vice President Biden was a knowledgeable participant in Hunter’s overseas businesses during the Obama years.

On Tuesday, April 23, the New York Post published a stunning exposé detailing the findings of its in-depth review of White House visitor logs dating back to Barack Obama’s time in office. According to the Post, the records revealed that one of Hunter Biden’s former business partners visited the White House and other executive branch offices on at least 19 occasions between 2009 and 2015.

'Joe Biden met with Hunter Biden business partner at the White House.' 'Further doubt over Biden’s claims that he knew nothing of his son’s dealings.' From @nypost: https://t.co/WtRtRDXwI9

For instance, the logs showed that then-Vice President Biden met with Eric Schwerin in the White House’s West Wing on November 17, 2010. Schwerin served as the president of the Hunter Biden’s now-defunct investment firm, Rosemont Seneca Partners.

Curiously, Wikipedia took down its listing for Rosemont Seneca Partners the same day the New York Post published its article about the White House visitor logs. However, the Internet Archive preserved a copy of the page. A Wikipedia editor identified only as “Alex” justified the deletion on the entry’s discussion page, saying it served as “a magnet for conspiracy theories about Hunter Biden.”

As it turned out, the New York Post reported the deletion. Ironically, Alex’s actions may have served to fuel the already-raging fire surrounding Hunter Biden.

What are your thoughts? What do you think about this discovery and the effect it could have on the ongoing investigation into Biden’s involvement with his son’s business dealings?