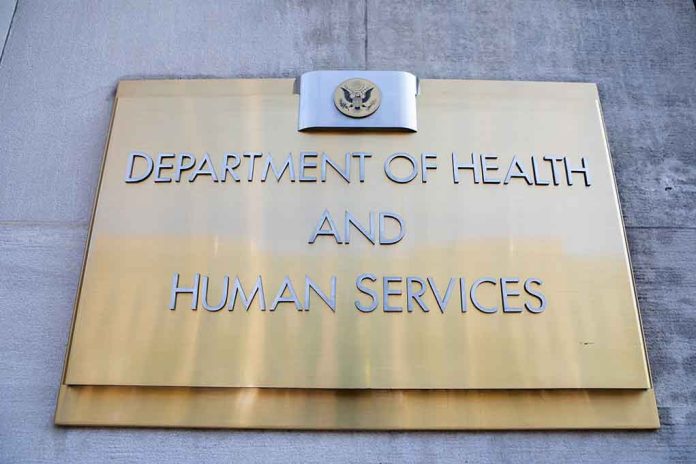 (RightWing.org) – Over the last several years, President Joe Biden pivoted hard to the left to build a governing coalition. Yet, the Left, Right, and Center don’t appear to know what he’s doing, as evidenced by his historic low approval ratings. After the Supreme Court (SCOTUS) ruled that the 1973 court got Roe v. Wade wrong and returned the issue to the states, Liberals went into panic mode. They demanded that Biden do whatever it took to restore women’s right to an abortion — even as he conceded his options were limited without a law from Congress.

Still, that didn’t stop him from issuing an executive order (EO) on Friday, July 8. By Monday, the Health and Human Services Department (HHS) issued a memo under the guise of following the EO. It reinforced federal law regarding emergency health procedures and threatened doctors and hospitals if they didn’t provide emergency abortion care.

Abortion Must Be Provided If Mother’s Life Is at Risk

Despite state bans restricting or outlawing abortion, HHS said doctors and hospitals must provide emergency abortion care to women if a pregnancy threatens their lives. The memo reminded health care providers that they must provide care under the Emergency Medical Treatment and Active Labor Act (EMTALA) for ectopic pregnancies, complications from pregnancy loss, and severe hypertensive disorders — all of which could threaten a pregnant woman’s life.

Still, the HHS ruling didn’t reveal anything new. It simply reaffirmed the responsibilities of medical providers to those in need of crisis care. Yet, the administration went out of its way to suggest that if hospitals and doctors deny emergency abortion services, the federal government could withhold Medicare payments.

In most cases, federal law trumps state law. Yet, under Dobbs, the SCOTUS explicitly stated that the federal government has no role in abortion since Congress has never written a law legalizing the controversial practice. Still, pro-choice advocates saw the HHS rule as a victory for abortion rights despite the memo only confirming existing federal law that requires medical facilities to provide emergency services for those who can’t pay.

Is the Memo Much Ado About Nothing?

The memo doesn’t add abortion as a required federal emergency requirement under the law because legally HHS can’t do that. State laws also don’t consider the emergencies HHS listed as an abortion service. Yet, some may consider the administration’s rhetoric reckless and dangerous as Democrats plot a path to use the issue in the upcoming midterm elections.

In the grand scheme, the HHS memo doesn’t supersede state laws — it didn’t need to. Still, the administration appears willing to exert pressure on medical providers where it feels there is a political advantage to do so, regardless of the consequences.

Some experts believe the administration’s only accomplishment was confusing women who may wrongly question if they face legal consequences for seeking out life-saving emergency treatment.