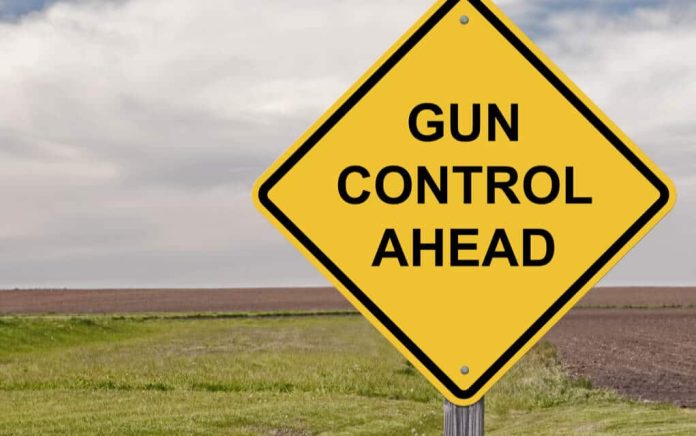 (RightWing.org) – Pushing draconian, or excessively harsh, gun control measures has been a priority for Joe Biden for decades. He campaigned on a promise to outlaw assault rifles and magazines, end protections for gun manufacturers, and a host of other “common sense” restrictions. Over the Valentine’s Day weekend, he released a statement calling on Congress to pass strict gun control measures.

On Tuesday, February 16, a reporter asked White House press secretary Jen Psaki if the administration had a timetable for any action on gun control measures and what hopes it might have for the passage for a proposal in both houses of Congress.

"He's not afraid of standing up to the NRA, he's done it multiple times and won."@PressSec tells reporters that gun control is a personal priority for @JoeBiden. pic.twitter.com/voNwPwHhFy

She answered, saying the administration had not proposed a gun bill yet, so it would be impossible to speculate on the passage of something that didn’t exist.

However, she admitted that passing gun safety measures were “a priority” for Biden “on a personal level.” She also stated he wasn’t afraid of taking on the National Rifle Association (NRA); he’d done several times in the past on a wide range of issues.

So far, his administration appears to have done nothing other than calling on Congress to address the issue.