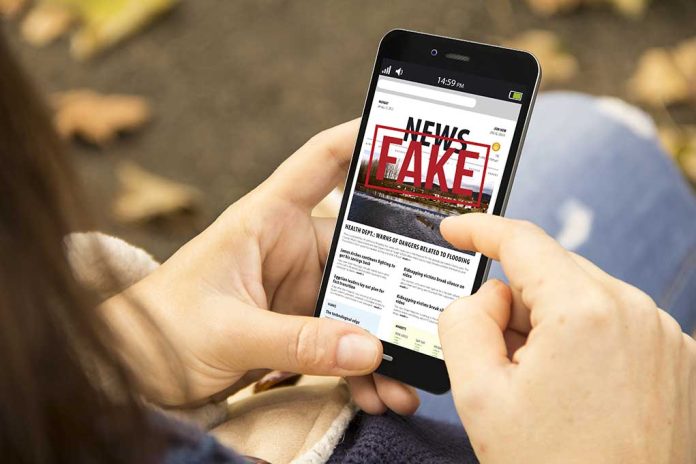 (RightWing.org) – Responding to criticism of President Joe Biden’s failing immigration policies, last week the White House talked about a trip the chief executive made to the Mexican border. There’s just one problem with the story. It never happened.

On November 30, a journalist asked White House Press Secretary Karine Jean-Pierre if the president would take House Minority Leader Kevin McCarthy (R-CA) up on his invitation for a joint visit to the border. Jean-Pierre replied, “He’s been there… And since he took office.”

Karine Jean-Pierre says Biden has "been to the border.”

THIS IS A LIE. Biden has never visited the southern border. pic.twitter.com/OCJRukCW9a

That’s a bold claim — and it wasn’t long before people started fact-checking it. Later that day, RNC Research, a Twitter account managed by the Republican National Committee, challenged Jean-Pierre’s narrative, flatly saying, “THIS IS A LIE.” According to One America News Network, the president’s travel logs confirm that he hasn’t been to the border since he took office, meaning that Jean-Pierre’s statement was indeed false.

People make gaffes, and Biden himself is the perfect example of that, but what Jean-Pierre said was no gaffe. She didn’t mix up what she was saying or give the wrong name. She simply invented a fact, and that’s a lie. More than that, she made a claim that could be easily checked, making it a stupid lie. Why would the White House say something so simple to disprove?