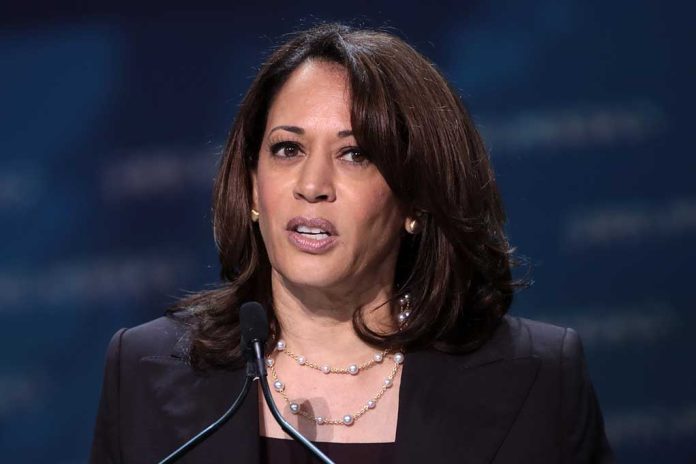 (RightWing.org) – Vice President Kamala Harris has put her foot in it again. President Biden’s gaffe-prone deputy claimed that half a billion COVID tests will start being delivered next week – and left the White House scrambling to “clarify” what she said.

White House official corrects Harris claim that COVID-19 tests will be sent by next week https://t.co/EUoiT1bPlm via @foxnews

Last month, the Biden administration announced it planned to deliver 500 million at-home test kits to help people monitor their health. Unfortunately, like many of the administration’s grand claims, they didn’t say when this would happen – so, when NBC News host Craig Melvin interviewed Harris on January 13, he decided to find out.

When Melvin asked when the promised tests would be delivered Harris claimed they would start being distributed “shortly” then added she thought that would happen in the next week. Just minutes later, the White House was in full damage control mode, “clarifying” what Harris had said – or, more precisely, admitting that it wasn’t true.

According to a White House statement given to CBS reporter Tim Perry, the tests will in fact be sent out “later this month,” not next week – and that won’t be all of them, because they haven’t even all been ordered yet. The statement continued, “we expect all contracts to be awarded over the course of the next two weeks.”

Manufacturing 500 million testing kits will take some time, and if contracts won’t even be awarded for another two weeks it could be well into February before the kits are all delivered. Why didn’t the vice president know that?