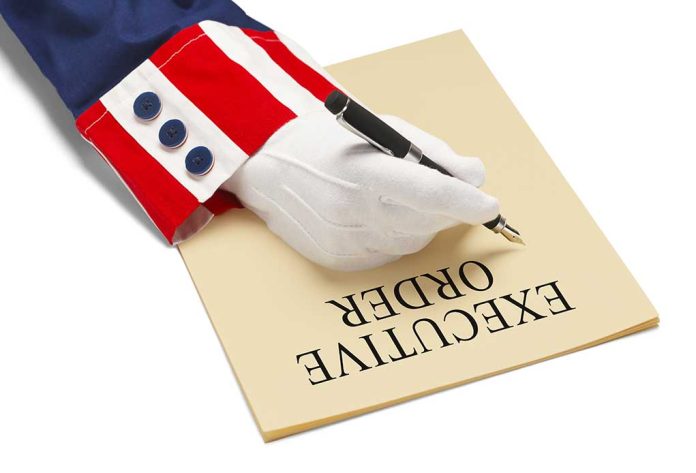 White House Confirms Executive Orders on Guns Could Be Coming

(RightWing.org) – The Biden administration has signaled a new assault on Second Amendment rights. On Tuesday, the White House announced that “executive actions” against gun owners are being planned in the wake of last week’s school shooting. Meanwhile, other threats to schools are being deliberately ignored.

The Biden Admin is looking at "other Executive actions" on gun control. pic.twitter.com/qWx9ymH97l

On May 31, White House mouthpiece Karine Jean-Pierre told reporters that something needs to be done about the “epidemic” of gun violence, and said the administration is looking at “executive actions.” President Joe Biden admits that he can’t create new gun restrictions, but he could use executive orders to make existing ones as disruptive as possible.

Jean-Pierre also confirmed that Biden is only focused on guns; he isn’t interested in protecting schools against any other threats. She said hardening schools against attacks “is not something he believes in” and insisted “the problem is with guns.”

Many Republicans are arguing that there are multiple threats to schools, and gun control will do nothing to protect students against attacks using vehicles, knives, or bombs. Unfortunately, Democrats seem less interested in protecting students than they are in pushing their anti-gun agenda.