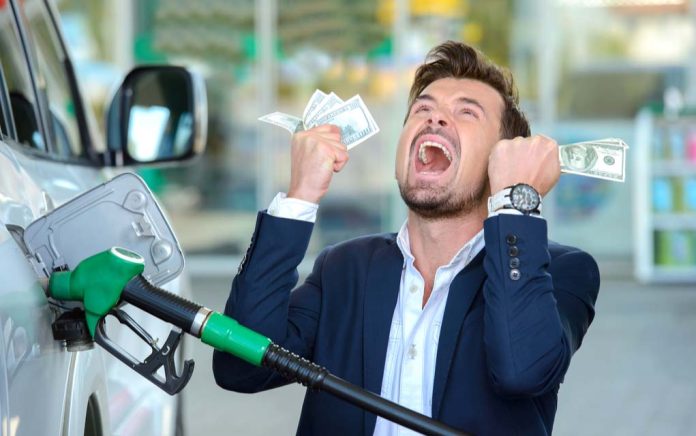 (RightWing.org) – The Biden administration has come up with a new solution to the cost of living crisis – pretend it’s not happening. That’s right; apparently, we can just wish high gas prices out of existence. Who knew it was so simple?

On December 9, National Economic Council Director Brian Deese told White House reporters gas prices are actually average right now, and he had the figures to prove it. Deese displayed a chart showing gas prices have been a few cents on either side of $3.13 a gallon for the last 20 years – if you adjust them to account for the inflation, which Biden says isn’t a problem.

What Deese claimed was technically correct, but it doesn’t actually make any difference to Americans struggling with sky-high gas prices. Yes, if you allow for inflation, the price hasn’t really changed – but inflation is the problem. The administration is saying prices aren’t rising if you ignore the price rises.

The thing is, even with Deese’s adjusted – think “fudged” – numbers, gas still costs more than at any time since 2014. If you look at the unadjusted numbers, there’s been a huge jump since President Biden took office.

Deese finished up by claiming gas prices have now fallen anyway – “They’re down about nine cents,” he said. That’s great, but they’re still up close to 80 cents on what they were when Donald Trump was president, so we don’t think many people will be celebrating just yet.