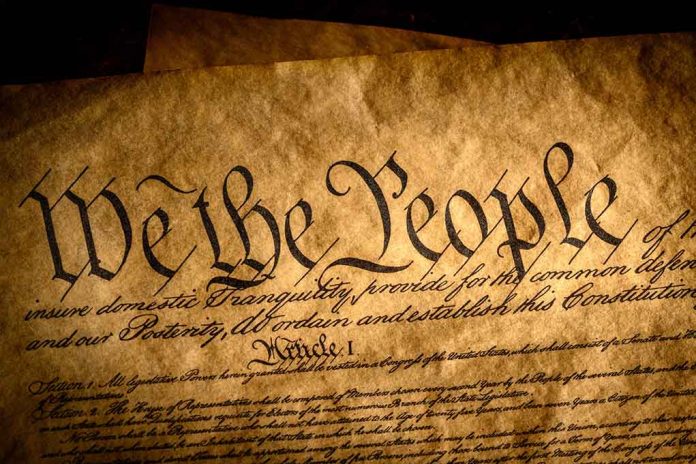 (RightWing.org) – President Biden has just thrown the fundamental difference between Conservatives and Liberals into stark relief. The founders of this country gave us a written constitution to set it in stone – but Biden thinks the Constitution itself is malleable.

Talking to Senate judiciary leaders on February 1, Biden referenced the upcoming nomination process for a new Supreme Court justice, then claimed, “the Constitution is always evolving slightly.” The thing is, while Biden might want that to be true, it’s not.

President Biden: "There's always a renewed national debate every time a president nominates a justice because the Constitution is always evolving slightly in terms of additional rights or curtailing rights, etc. And that's always an issue." pic.twitter.com/luMWb8gYmr

Former White House and Justice Department attorney Ken Klukowski responded by quoting the late Justice Antonin Scalia, who pointed out, “The reason our constitution is in writing is because written words do not change over time.” The Constitution’s framers were clearly aware sometimes it would need to change. That’s why they included a process for changing it through democratically enacted amendments. Equally clearly, they didn’t intend lawmakers or appointed judges to change it on a whim. They wouldn’t have included the amendment process if that had been their intention.

The Supreme Court, whatever Biden thinks, doesn’t have the power to change or “evolve” the Constitution. It can rule on laws based on the Constitution, but that’s all. It’s the reason Justice Stephen Breyer’s replacement needs to be someone who respects the Constitution and the continuity it represents.