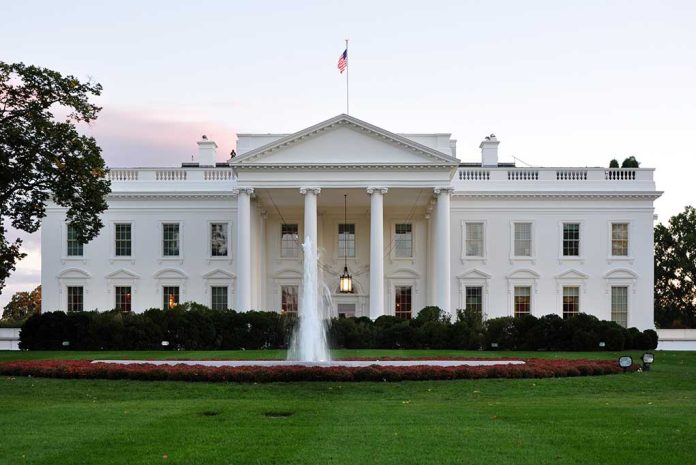 (RightWing.org) – It finally happened — Russian soldiers crossed the border into Ukraine on Monday, February 21, but not for the widely anticipated reason. Biden administration officials had spread rumors for weeks, saying Putin would attempt to take over the former Soviet state, but he ended up recognizing two breakaway territories and sent troops as part of what he calls a “peace-keeping mission.” The next day, President Joe Biden called Putin’s actions an “invasion.”

On Tuesday, Biden announced his administration’s response to Russia’s action in Ukraine. According to the president, Putin’s troop movement into Ukrainian territory marked the “beginning of a Russian invasion” and warned Russian officials against going any “further with this invasion” if they wanted to avoid sanctions and other possible actions from the US and its allies.

@POTUS made clear that if Russia invaded Ukraine, we would act with Germany to ensure Nord Stream 2 does not move forward. We have been in close consultations with Germany overnight and welcome their announcement. We will be following up with our own measures today.

While the use of the word “invasion” might appear trivial at first, it isn’t. Russia has consistently stated its goal of reaching a diplomatic solution to the Ukraine crisis.

Words matter, and in this situation, Biden administration officials conditioned its use of sanctions and a potential US-led military response to a Russian “invasion.”

What do you think? Should American involvement in a possible war hinge on the use of one word?