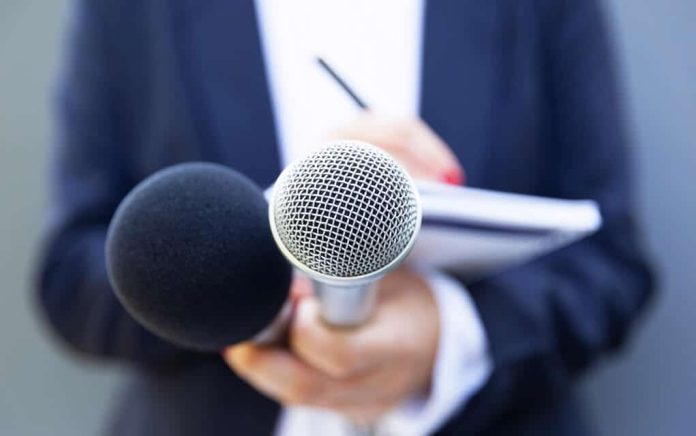 (RightWing.org) – During the four years of the Trump presidency, the former president never shied away from the press or a question, even if he wanted to. It’s a safe statement to make that the press was less than favorable to the former president, and at times outright hostile. They didn’t just dislike the man, but they also didn’t like his conservative policies. Now, in comes Joe Biden, the self-proclaimed moderate who is proving to be anything but as he embraces the far-left side of the Democratic Party.

On Thursday, March 25, at Biden’s first press conference since taking over the Oval Office, the press put on a horrid display. Journalists asked him few questions of substance, and when they did, it was to support a leftist position. Media critic for The Hill Joe Concha went as far as to say the press was a “disgrace” and an “embarrassment.”

In Washington, DC, it’s so much quieter when reporters like the person who’s President of the United States. In Biden’s case, he will always get the benefit of the doubt. One where narratives and ideology are more important than the facts that don’t fit their worldview. It’s a new world for the media now that their chief villain, Donald Trump, is gone.

While Biden made several statements that could at best be described as disinformation, the media praised him. PBS White House Correspondent Yamiche Alcindor prefaced her question on immigration by alleging that Biden was perceived as a “moral, decent man.” Biden’s response was, I’m “flattered.”

Yet, in February, that moral decency caused a spike of 100,000 migrants to push north and be taken advantage of by cartels and human traffickers who did to the migrants what only God knows as they lined their wallets with easy money. Trump created the pillars that stifled the immigration problem, and Biden ripped them down. Yet, Biden claims he inherited a mess — one that didn’t exist on January 20.

Neither Alcindor nor any other reporter challenged Biden when the president claimed Trump dismantled the immigration system. That wasn’t true. In fact, Trump created tighter policy controls on immigration.

Could you imagine Trump saying something like that? Or the press reaction if he did?

Bad Media Is Destructive for America

The Founding Fathers were often at odds with the media. However, they believed enough in the idea of a free press to hold bad actors accountable. The media was afforded Constitutional protection. The role of the media is to be a watchdog, not a cheerleader. Yet, here we are as a leftist ideology is championed from the paper to the screen. But, conservatives beware: you might be right, but the media will work overtime to make you wrong.

Pulitzer Prize-winning conservative journalist Michael Goodwin of the New York Post said the dominant theme of the press conference was that “Biden and his team are not moving fast enough to turn America upside down and inside out.”

It’s hard to argue against Goodwin’s point. There’s no accountability. Narratives reign over facts, and America could be in real trouble.