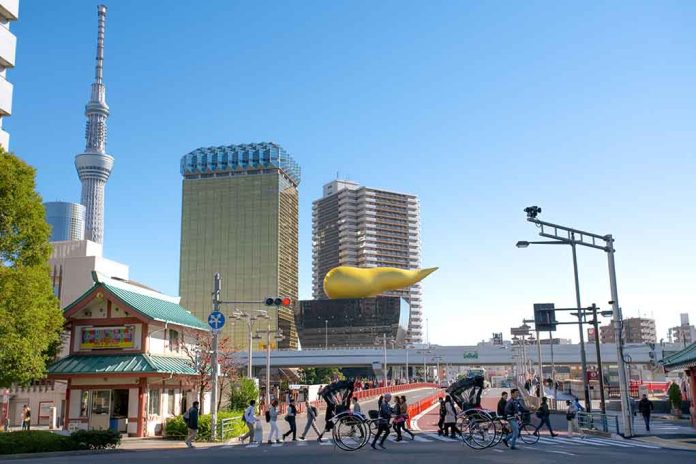 Japan Is Shrinking at an Unsustainable Rate

(RightWing.org) – Population declines can be cause for concern if they last a long time as there are both societal and economic impacts to the decreases. In 2021, Japan tallied the lowest number of births in almost a century. Still, it’s not a new phenomenon in the country, and policymakers are struggling to solve the problem.

On June 3, a report showed Japan suffered 1,439,809 deaths. Yet, only 811,604 children were born, meaning the population declined by 628,205 people. It was the largest drop since the government started tracking the data. At the rate the country is shrinking, it could be unsustainable.

Why Is Japan Shrinking?

While Japan enjoys a modern society, it’s also highly traditional. Out-of-wedlock births are rare and only make up 2% of all children born since the 1950s. Some believe the population loss is largely due to young women not getting married at rates as high as they were in past generations.

Professor Noriko Tsuya of Keio University wrote that young women are putting off marriage and children to better their personal economic opportunities. In 2020, 51% of Japanese women had earned a four-year degree. Employment for women also increased dramatically to 87% among those 25-29 years of age in 2020.

Gender roles also play an important role in Japan’s shrinking population. Tsuya noted women are still expected to care for the home and children despite working. For many, marriage isn’t appealing. So, they are focusing instead on their careers.

As a result, the fertility rate (the average number of children a woman will give birth to in her lifetime) is low compared to the world average. In Japan, it’s 1.3. In 2020, the World Bank said it was 2.4 worldwide. Only Ukraine and Italy scored lower.

The issue isn’t just about women. Men struggling to get good-paying jobs are also holding off on marriage. In 2021, marriage numbers dropped for a second consecutive year.

Not only is the population in decline, but it’s also aging quickly. Almost 30% are over 65. As the workforce declines, it’s creating a labor shortage. Combined with COVID-19, a worse labor crunch could arise.

While the population has been gradually aging over the last several decades, the government has tried programs to give people a reason to have children. Among them are free preschool and money.

Some experts believe the country’s future depends on immigration. Still, that may not be an option for policymakers. So, the government has few options other than encouraging higher fertility rates. Tsuya said Tokyo should help women and their partners balance their family and work life. She said doing so would lighten social expectations around gender and balance the financial cost of a declining population. In addition, she said gender roles in the home must become less traditional.

What do you think? Is this a problem only in Japan, or could we see similar issues in other countries or even here in the US?