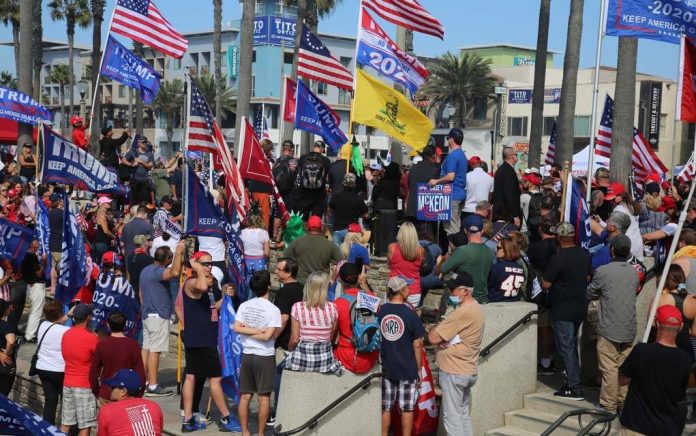 (RightWing.org) – For much of the 1970s, Republicans found themselves on the outside looking in. Democrats ruled Congress with an iron fist, and America spiraled downward. High inflation, high unemployment, stagnated wages, and the rise of terrorism paved the way for Ronald Reagan. In the late 1960s and 1970s, Reagan warned that liberal policies were hurting Americans where it counted and began a conservative political revolution.

To this day, Reagan is still deeply admired by Americans. His movement continues to drive the conservative cause and motivate the GOP. However, since that time, America experienced an onslaught from the left that the former president often warned about.

Today, Democrats are revolting against former President Donald Trump and those who supported him. They say his policies and persona are wrong for America; meanwhile, they push the country as far-left as they can, and as quickly as possible.

What former President Donald Trump did was build upon Reagan’s conservative policies and cement his predecessor’s legacy. Yet, Democrats and the far-left don’t understand why Trump remains popular among conservatives or what’s motivating the GOP base.

In 2016, then-candidate Donald Trump ran on a populist movement. A populist is one who is a “believer in the rights, wisdom, and virtues of the common people.” For much of the 20th Century, Democrats labeled themselves as the proponent of “the little guy.”

However, in recent years, they’ve become the party of big government, corporations, globalism, and the climate movement. All of these notions hurt the little guy. On the other hand, Trump tapped into a large part of America that is patriotic and needs the country to look out for its own interests. In turn, this creates opportunities for the middle and lower class, which the Democrats fail to accomplish.

In the decades since Ronald Reagan, Republican presidents haven’t stood up for the “little guy.” Yet, the GOP craves someone who will stand up to the far-left that dominates the media, entertainment, academia, and corporate America.

Now that Democrats control Congress and Joe Biden is president, they’re doing more harm than good. Jobs are being decimated due to the president’s energy policies, the prices of goods and services are likely to go up, Americans are divided over identity politics, and on the horizon is more government control in the lives of everyday people.

The GOP base is motivated to preserve the US Constitution’s original intent, promote fairness and equality over “special rights,” and support policies that put America first and give people good-paying jobs.

It really isn’t that difficult to figure out.