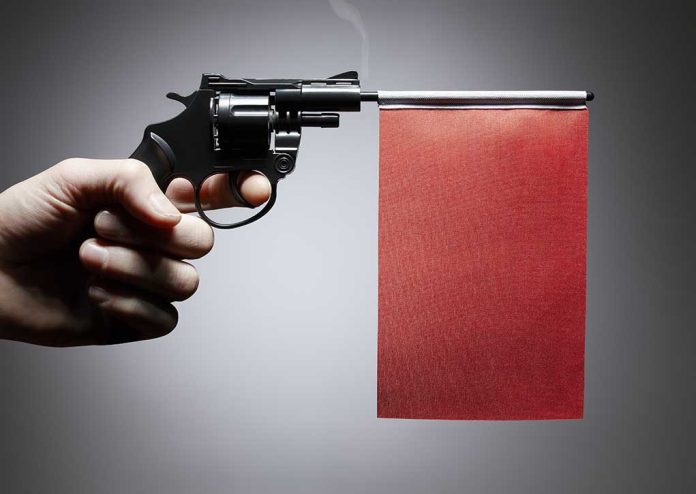 (RightWing.org) – Gun ownership is a cherished right under the 2nd Amendment in the United States. There’s a reason why the Founding Fathers made gun rights a part of the US Constitution in the Bill of Rights. Largely, it was meant as a deterrent to prevent the government from stripping people of their liberties. The framers protected the right of citizens to protect themselves not just from each other, but also from the government itself.

America is in a different time and place than when the Constitution was ratified in 1787. However, does that make the 2nd Amendment any less relevant? For that matter, does gun violence give a president the authority to override the Constitution, erode liberties, and unilaterally act without Congress? It appears that the current president may think so. On Thursday, April 8, President Joe Biden announced an executive action that could make it possible for the government to take away your gun with nothing more than an accusation.

During the Democratic primaries in 2020, then-candidate Biden told presidential dropout Beto O’Rourke that he would head the initiative to “take control of the gun problem.” That’s an important moment to understand Biden’s frame of mind on gun control. O’Rourke said he fully intended to take away people’s AK-47’s and AR-15’s – both of which are not assault weapons, but rifles.

Biden’s new directive comes with six pieces, of which four are already written in law or practiced at the local level and aren’t really necessary except for emphasis. However, one, in particular, is extremely concerning for gun rights activists.

The president ordered the Department of Justice (DOJ) to create sample legislation within 60 days that a state can use to create its own “red flag” laws.

In theory, the proposal seems reasonable. If a family or friend believes that someone could harm oneself or others, law enforcement would have the authority to take away any guns owned by that person.

Why Is the Red Flag Legislation Dangerous?

While red flag laws may be well-intentioned, they come with Constitutional concerns. The first is due process. Is it necessary to take someone’s private property because of an allegation without proof of an actual crime? Due process is a Constitutional bedrock guarantee, and the government doesn’t have the right to infringe upon citizen’s liberties based on an allegation.

Second, law enforcement can take a person’s gun without a hearing, cross-examination of witnesses, etc.

Where does it stop?

Is it possible that people can make false accusations?

Police showing up at a person’s residence demanding that a gun owner turn over a firearm is asking for an unnecessary escalation.

Where Does Government Begin and End?

However, there’s a bigger question at play. If this is allowed, where does government abuse of that power begin or stop? The Democrats’ hard move to the left raises serious concerns about how they use hate speech allegations. In some circles, the Left argues that conservative ideas are political hate speech.

What if a law enforcement agency or officer agrees. Can they label one as mentally unfit to own a gun?

While the courts are likely to protect the Second Amendment in most cases, clearing someone’s name and reputation after an accusation is difficult to do. It takes time and money, which some don’t have. More importantly, it erodes the liberties guaranteed in the US Constitution.

What the president is doing is potentially criminalizing citizens without a law being broken or a jury convicting an individual. Biden is opening a pandora’s box that shouldn’t be opened.

Yet, here we are.