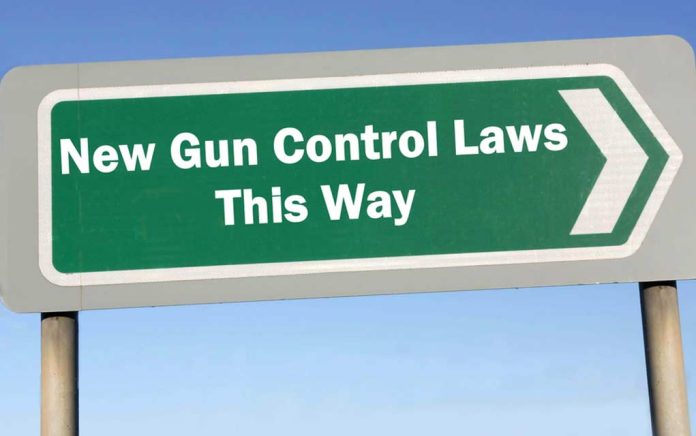 (RightWing.org) – During the 2020 Democratic Presidential primaries and general election campaigns, Joe Biden said gun violence was a public health epidemic. On December 12, 2012, in a speech to parents and families of the Sandy Hook massacre victims, Biden said he would create common-sense reforms to save “countless lives.”

The former Senator and vice president said he plans to implement universal background checks, close loopholes, and hold gun manufacturers accountable for their products. However, do his current policies hold weight with what Biden said over his nearly 50 years of public life in elected office?

What Is Biden’s Record on Guns?

From 1979 to 1986, the National Rifle Association (NRA) heavily promoted the Firearms Owners’ Protection Act (FOPA). Over that seven-year timeframe, the bill had a steep hill to climb and faced insurmountable odds in a Democratic-controlled Congress that was growing hostile to gun ownership. Along with a small number of other Democrats, then-Senator Joe Biden compromised and ultimately helped the bill land on President Ronald Reagan’s desk.

FOPA was the most wide-sweeping gun legislation of its time. The bill:

In 1986, Biden commented on the bill, saying, “During my 12 and a half years as a member of this body, I have never believed that additional gun control or federal registration of guns would reduce crime. I am convinced that a criminal who wants a firearm can get one through illegal, non-traceable, unregistered sources, with or without gun control.”

According to Biden’s campaign website, Biden began contradicting his 1986 position as early as 1993.

In 1993 the former Senator helped pass the Brady Handgun Violence Prevention Act. The legislation created background checks to limit people with violent backgrounds from “legally” obtaining a firearm. In 1994, he helped push through a 10-year ban on assault weapons and high-capacity magazines.

In less than eight years, something happened to Biden. What he said in 1986 didn’t apply in 1993, 1994, or in 2020. In fact, in March 2020, Biden said that former Representative and presidential candidate Beto O’Rourke (D-TX) would help champion gun control if he were elected president. O’Rourke is among the most aggressive anti-2nd Amendment activists in the Democratic Party. During a Democratic primary debate in September 2019, the former Congressman said, “Hell Yes, We Are Going To Take Your AR-15.”

If the Biden of 1993 – 2020 is any indication, Biden will try to follow through on his gun control promises. Over that period, he has been consistent, even as vice president under Barack Obama.

It seems that courts could be listening to 2nd Amendment cases beginning in 2021 if Biden is elected.