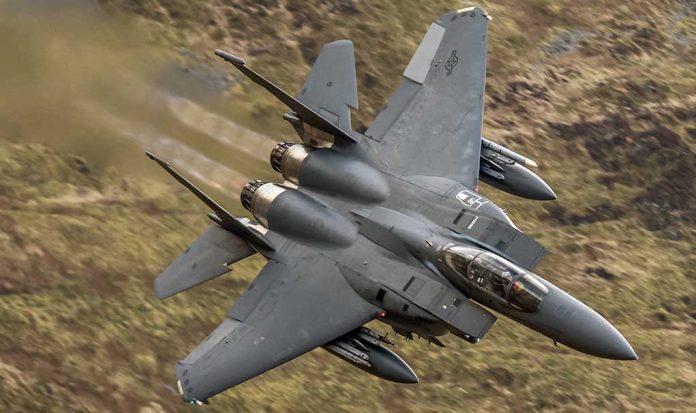 (RightWing.org) – Israel is planning a major military exercise next year, with warplanes flying hundreds of miles into the Mediterranean in a simulated long-range strike mission. The planes will be heading towards Europe – but the exercise is a message to Iran.

Iran’s nuclear ambitions have worried Israel since 2015 when President Obama agreed to a flawed deal letting the rogue state develop nuclear technology for peaceful purposes. In 2018 President Trump pulled out of that deal based on growing evidence Iran was continuing with weapons development. And now, even as President Biden vainly tries to resurrect the agreement, nuclear inspectors warn Iran is close to being able to build a bomb.

U.S. and Israeli defense chiefs are expected to discuss possible military drills that would prepare for a worst-case scenario to destroy Iran's nuclear facilities should diplomacy fail and if their nations' leaders request it, a senior U.S. official said https://t.co/zbMSaUSCRS pic.twitter.com/nesnLHuboo

The IAF plans to operate hundreds of miles from its bases, and the message is clear: This time, they’re flying west, but if Iran doesn’t stop its nuclear games, other directions are available.