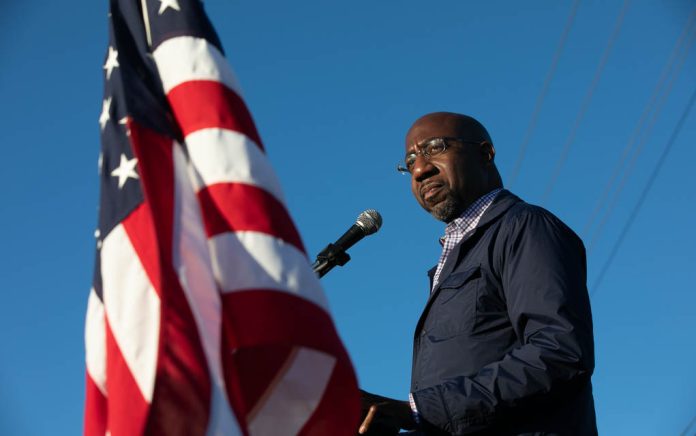 (RightWing.org) – The church where Senator Raphael Warnock (D-GA) preaches could be facing subpoenas after it ignored an inquiry into its charity activities. The Ebenezer Baptist Church hit the news before the elections when it turned out the housing foundation it runs was evicting tenants over minor rent arrears.

Warnock's church could face subpoena after failing to respond to Georgia secretary of state https://t.co/hqHmHKYpkV

On October 12, Georgia’s state charities division asked the Ebenezer Building Foundation to supply details on the low-income apartment building it runs. So far, the foundation, whose finances are deeply entangled with the Ebenezer Baptist Church where Warnock is senior pastor, hasn’t responded. Now, the state is considering an investigative subpoena to get the information it wants.

The key issue is whether or not Ebenezer Building Foundation is registered as a charity in Georgia. The Foundation has been claiming it is on its IRS filings for over a decade — but state officials say it’s not true. If the Foundation isn’t registered, it could face fines or even be barred from operating in Georgia.

Warnock won’t be pleased with the idea of a subpoena, and possibly a major scandal, involving an organization that pays him a “housing allowance” of $7,417 a month on top of his Senate salary. He’s now facing a runoff election on December 6 that will decide if he returns to the Senate or if Republican challenger Herschel Walker will take the seat from him. If Warnock gets caught up in an investigation, that could seriously damage his chances.