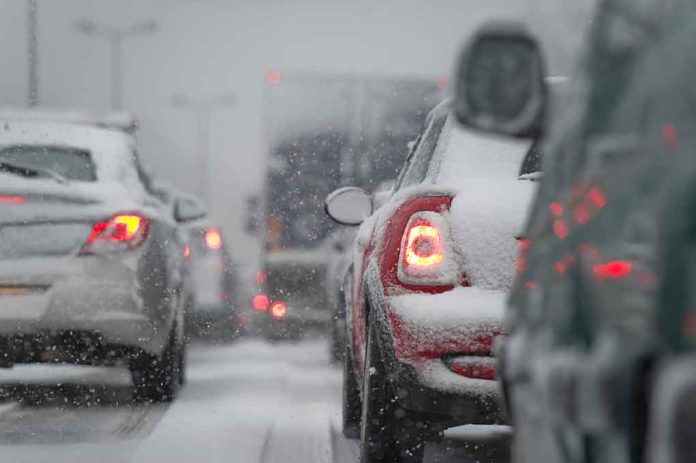 Freeze Alerts Issued to These States

(RightWing.org) – Just in case anyone hadn’t noticed that summer was over, winter is making itself heard. An early cold snap is sweeping the east coast and midwest, pushing temperatures below freezing across multiple states. With inflation still out of control, life for millions of Americans just got a lot harder.

Here is a Cold Weather and Winter Storm Update! The coldest air mass of the season remains in place. FREEZE WARNINGS/WATCHES in effect for Southern Plains, Midwest, Northeast, Mid-Atlantic and South through Thursday morning. WINTER WEATHER ALERTS in effect for Upper Midwest. pic.twitter.com/sw1zbUtUjz

On October 17, the National Weather Service (NWS) issued a freeze warning for most of the eastern US — with southern states among the hardest hit. According to the agency, more than 68 million people could be affected by abnormally low temperatures, with the thermometer set to drop 15 or even 25 degrees below seasonal norms.

Freeze watches and warnings are affecting over 68 million people as a broad storm system spreads cold air over the central and eastern U.S. Local areas of heavy snow are also expected near the Great Lakes. Visit https://t.co/f6Uyjx0oAC for tips on how to prepare for the cold. pic.twitter.com/QL3CMwFc0b

The freak freeze is the result of a strong low-pressure system moving down from Canada and then spreading east to the coast. The path it’s taken means southern states felt the chill earlier than the northeast. For the first time in history, Birmingham, Alabama, had freezing temperatures earlier than Billings, Montana. On Tuesday, Atlanta, Georgia, was colder than New York City.

Although this is the first such warning of the season, it won’t be the last. The NWS is warning people in affected states to be ready for the cold – a lot more is coming. They’re advising drivers to carry warm clothes, blankets, food, and water in their cars and make sure they have enough gas in the tank to run the heater if they get stranded. With gas prices as high as they are, that makes this an early, and unpleasant taste of winter.