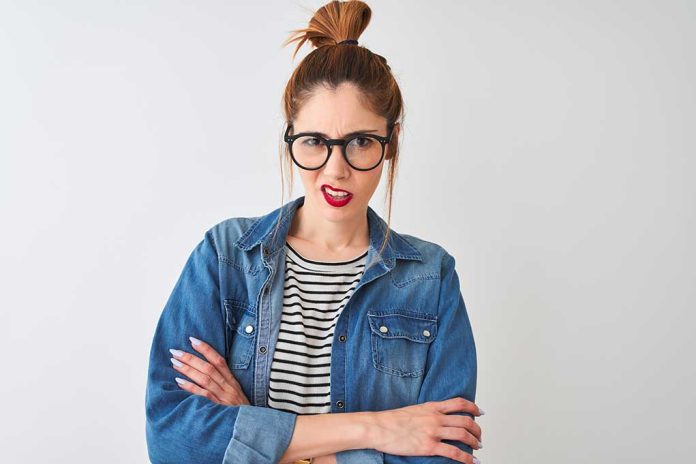 (RightWing.org) – Unsurprisingly, crime is up after Democratic-controlled cities across America defunded their police departments. That’s a fact, not a coincidence. It appears that Democrats will say and do anything they can to hold their power. It doesn’t matter how fake their narrative is, and they are not afraid to lie on camera. It’s the most absurd thing to watch this happen in America. It’s proof that, for the Left, narratives are more important than the facts.

On Sunday, June 27, presidential adviser to Joe Biden, Cedric Richmond, falsely claimed that Republicans are responsible for defunding police departments. His proof — Republicans’ unwillingness to spend trillions of dollars for the COVID-19 relief bill known as the American Rescue Act. What?? Passed in March by Democrats using partisan reconciliation, Democrats loaded the proposal with liberal wishlists that the GOP was right not to entertain. However, that didn’t stop Richmond from making the ridiculous claim. Nor did it stop White House Press Secretary Jen Psaki from trying to pile onto the fake narrative.

Who Really Defunded the Police Across America?

Long before the radical Democrats got control of Congress in January, leftist cities across America defunded their police departments, citing systematic racism in the wake of the George Floyd murder by a now-convicted former Minneapolis police officer. Let’s take a look at just a few of the far-left cities and the amounts they defunded their police from the summer of 2020 to the present:

Even more communities defunded their police departments, and they weren’t Republican leaders who did it. They were far-left Democrats who took advantage of racial issues, and the defund the police movement is backfiring on them miserably.

There were good things in the American Rescue Act. There are always good things in bills to try to swing votes in Congress or use leverage against a politician or political party. That’s a proof-in-point in this case. As the economy began to emerge from the pandemic, Republicans charged that another multi-trillion dollar relief package would overcharge the economy and cause more problems than would solve.

It appears they were right. America is now dealing with out-of-control inflation as the price of everything one purchases seems to increase daily. Supply chains can’t keep up with orders, and the limited supply of goods and materials is driving the prices up on homes, cars, appliances, groceries, and everything in-between. Those who are hurt the most are the unemployed, lower class, and middle class as the value of their money goes down.

Regardless, Democrats in Congress didn’t earmark for police. It was reserved for municipalities to shore up budget shortfalls created by the pandemic. It was up to each city to decide how to use the money.

Did the far-left cities add revenues back to their police departments after the American Rescue Act was passed?

Democrats made this an issue this week after crime spiked across America and President Biden injected himself into the narrative during a press conference on crime. Their internal polling is telling them that Democrats are in big trouble over the crime issue. Biden just made it worse for them once again.

By blaming Republicans for their actions, the Democrats prove how desperate they are to hold onto power. They caused a problem they refuse to fix but prefer to place blame elsewhere.

Add it to the list of another failed attempt by Democrats.