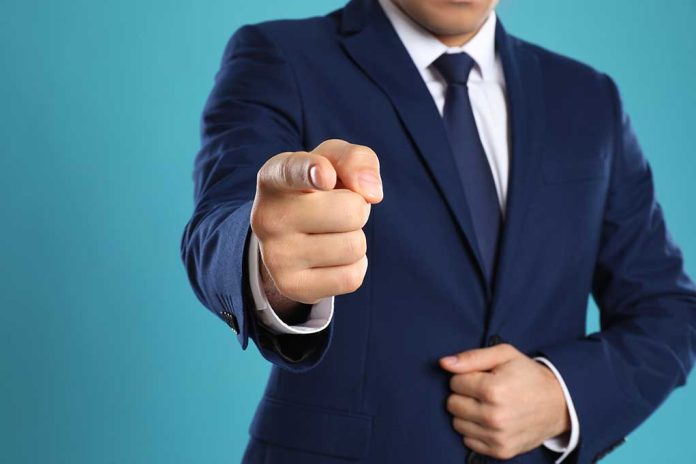 (RightWing.org) – When inflation first started rearing its ugly head in March, President Joe Biden and Federal Reserve Chairman Jerome Powell said the problem was transitory and temporary. Most economists agreed that prices would rise somewhat as states began reopening their economies and people started to resume a semblance of normal life.

By late summer, it became painfully apparent to many that inflation was neither transitory nor temporary. Still, Biden and Powell continued to downplay the pain Americans were experiencing at the gasoline pump and grocery store. It seemed no matter what one tried to purchase, prices were rising. As we round out the year and look forward to a new one, voters are expressing their concerns in a recent Fox Business poll. The numbers are daunting. Will the president take them seriously, or will he continue to downplay them?

Biden Is Out of Touch With Voters

While the Biden administration tries to claim positive economic news, Americans are painting a different picture. Where the president sees an economic boom, most Americans simply do not. That’s making it difficult for a tone-deaf administration to break through. The fact is, Biden is out of touch with Americans. He can say more people are going back to work and wages are rising, but that’s only part of the story.

Americans are anxious and frustrated as they watch the value of their supposed increased wages drop in purchasing power. The University of Pennsylvania’s Penn Wharton Business School says Americans will pay an additional $3,500 this year to achieve the same level of purchasing power in 2019 and 2020. That more than strips away wage increases for the average person.

According to a new Fox Business poll released on Wednesday, December 15, voters must be experiencing a different America than the one Biden lives in. Two-thirds say that rising prices over the last six months created a financial hardship for them. It increases to three-quarters for those considered lower-income.

Voters say the country’s two biggest issues are rising prices (36%) and government spending (16%). Should that be a surprise? The two are intricately linked together. Milton Friedman created an economic theory during the 1970s inflation crisis that proved prices rise when the government pumps massive amounts of money into the economy.

When pollsters asked voters if Biden’s actions to get inflation under control were helping or hurting the economy, 47% said he was hurting and 22% said Biden was helping. Only 17% of voters said they were better off than a year ago. That’s astounding considering the lockdowns and draconian measures across parts of the country.

Worse still, only 25% of voters expressed optimism that things would improve in 2022. That’s a recipe for disaster for Democrats in the 2022 midterm elections.

Not only is inflation a threat to Democrats in 2022, but it’s also a threat to Americans if Democrats believe the answer to inflation is to spend more money and put people on more government dependency programs.

Let’s hope they get the picture and give the economy an opportunity to breathe.