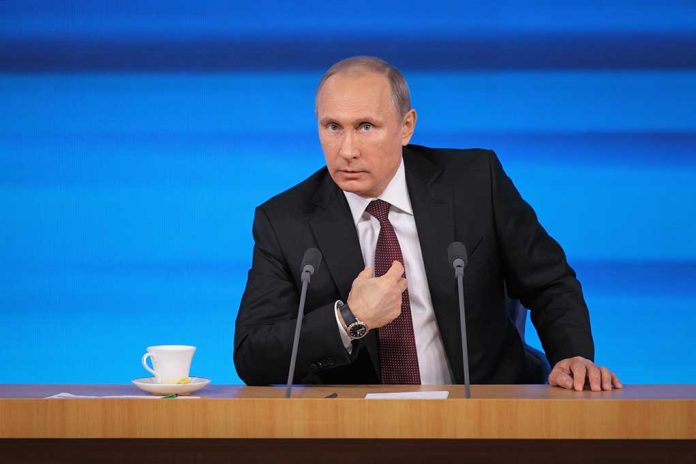 (RightWing.org) – The United States plans to increase pressure on Moscow with a new round of sanctions as the Russia/Ukraine conflict winds through its second month of combat operations. President Joe Biden recently announced the inclusion of Russian President Vladimir Putin’s daughters on the latest list of targets for restrictions.

Biden prefaced his remarks by discussing the recent wave of photographs and videos from Urkaine showing bodies lying in the streets, some with their hands tied behind their backs and showing evidence of gunshot wounds to the backs of their necks.

The president said it was time for responsible nations to hold the perpetrators of those crimes accountable by “raising the economic cost and [increasing] the pain for Putin.” Continuing, he announced new Russian sanctions, including restrictions on “oligarchs and their family members,” without calling out Putin’s daughters by name.

However, the White House published a fact sheet on Wednesday confirming the inclusion of Putin’s daughters on the list. According to that document, sanctions of Putin’s “adult children” include freezing any US-held assets and cutting them off from America’s financial system. Additionally, the Daily Mail reported that European Union officials had included Putin’s daughters on a draft list of targets.

The public knows little about Putin’s two daughters, Mariya Vorontsova, 36, and Katerina Tikhonova, 35. Vorontsova reportedly works as an endocrinologist. Tikhonova is a physicist and former acrobat who currently heads up Innopraktiva, a development project creating a new science center at Moscow University.