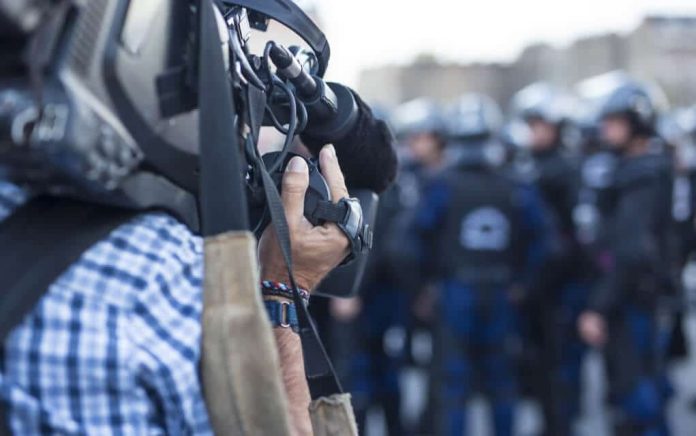 (RightWing.org) – Video footage from Wednesday’s Capitol riots threatens to upset the media narrative of a violent assault by President Trump’s supporters. The clips do show a group of the president’s followers – but they’re the ones trying to stop the violence.

Two video clips taken outside the Capitol on January 6 confirm that the mainstream media’s claims about the origin of the day’s rioting – which saw Congress evacuated and intruders breaching the Senate chamber – are simplistic, to say the least. Both videos show people who are clearly Trump supporters telling a rioter to stop breaking a window, then pulling him away from the building when he didn’t comply.

Violence by Antifa on the south side where Trump supporters were told to March to. Supporters stopped the breakage but he started again later. MSM keeps saying it’s Trump https://t.co/0EIewoCwxb’s not. pic.twitter.com/eYLD3FlKiG

It’s unknown who the rioter actually was, but both clips show crowd members booing him and calling him “Antifa.” One of the protesters who stopped him, on the other hand, is very clearly wearing a MAGA hat.

The picture of what happened is nowhere near as clear as we’re being told.