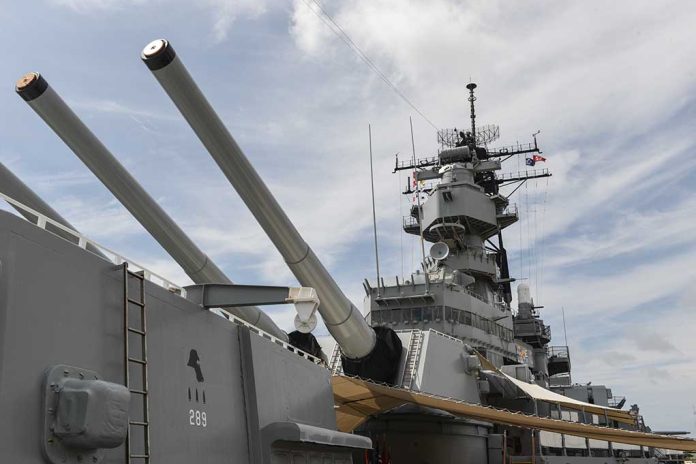 (RightWing.org) – The US Navy has carried out another operation aimed at reminding China it doesn’t control international waters. The transit of the South China Sea by a missile destroyer went smoothly. However, as usual, China is complaining.

On July 13, USS Benfold, an Arleigh Burke-class guided-missile destroyer, sailed near the Paracel Islands. The Paracels are around 160 miles from the Chinese island of Hainan and over 260 from the Chinese mainland, putting them far out in international waters, but Beijing claims them anyway. Benfold’s mission was what the Navy calls a “freedom of navigation operation” (FONOP), an armed reminder that countries can’t simply claim control of the seas.

China responded aggressively to Benfold, sending naval and air force units to track the destroyer and warn her off, according to a Chinese military spokesman. However, Benfold continued with her mission through international waters. In an exchange of words that followed, China accused the US Navy of entering its territorial waters, while the Navy said Beijing was misrepresenting “lawful US maritime operations” and asserting illegitimate territorial claims.

The Paracel Islands belonged to South Vietnam until 1974, when China invaded and occupied them. Vietnam still claims the islands, and Taiwan also disputes China’s claim. The communist country is also involved in multiple other regional territorial disputes. In 2016, an international tribunal ruled that China’s claims in the South China Sea are “without merit.” The US Navy is making sure Beijing doesn’t forget that.