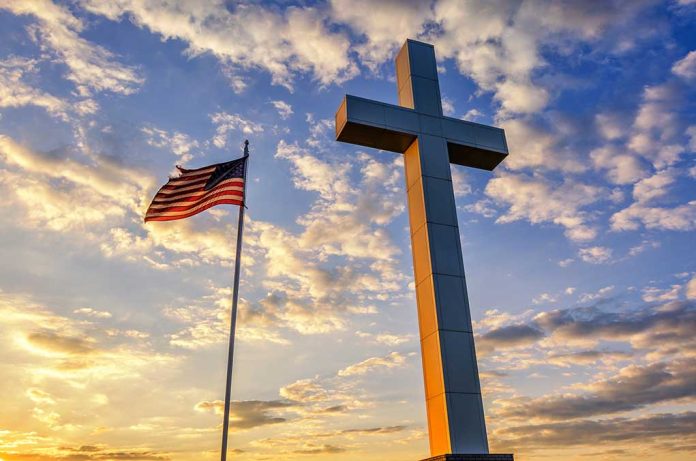 (RightWing.org) – It was just one year ago that churches were forced to shut their doors for the first time in America’s history. Governors intent on using their emergency powers declared the COVID-19 pandemic so severe that even drive-in churches were prohibited in some states. In numerous instances, former Attorney General William Barr got the Department of Justice (DOJ) involved to remind state and local governments that the Constitution didn’t end due to the pandemic.

In 2010, former President Barack Obama signed the Affordable Care Act into law. Also known as Obamacare, the bill mandated that religious organizations with employer-sponsored health insurance were required to provide contraception to their workers through their health insurance programs. The Little Sisters of the Poor sued, and it took seven years before the Supreme Court ruled in their favor.

You may remember the Colorado case where a Christian-owned bakery refused to bake a wedding cake for a gay couple. The state fined its owners for essentially being bigots. However, the Supreme Court ultimately ruled that the baker’s freedom of religion couldn’t be denied.

In the last term alone, the court ruled that state programs supporting private schools must include private religious schools as well. Additionally, the justices ruled that employers with religious objections could deny contraception coverage to female employees.

A new study reveals that, since 2005, the Supreme Court sided more often with religious interests than at any time since the early 1950s. Consider:

In November 2020, Justice Samuel Alito warned that religious liberty was “fast becoming a disfavored right.” However, no matter the cultural leanings against religion in today’s America, it doesn’t change the Constitution and its guarantee of Freedom of Religion.