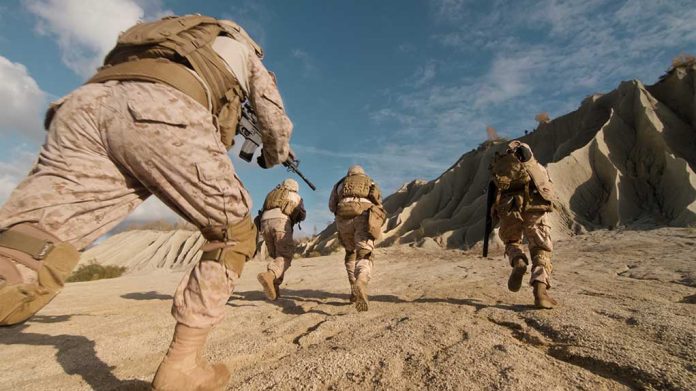 (RightWing.org) – US military officials completed the final withdrawal of troops from Afghanistan this week, with few exceptions. The departure of armed service members from the country marked the end of America’s longest war, but it wasn’t without its complications. Of particular concern is the ongoing safety of locals who assisted the military by providing translation services and other aid.

For a while, it looked like the Biden administration officials would leave them behind, and perhaps they might have, had public pressure and the media not made that idea a virtual impossibility.

On July 14, it was reported that the Pentagon was formally launching Operation Allies Refuge, a full-scale operation to evacuate Afghans and their families who assisted US military operations over the last 20 years. Many of them faced, and continue facing, death threats related to their service.

🚨 1/2 IAVA statement on the @POTUS’s announcement of 'Operation Allies Refuge' to protect Afghan Allies: "We must ensure that this operation protects all of our allies, their families including those not yet in the SIV pipeline,” said @JeremyButler01 👇 https://t.co/dc3ERronnM

Military officials have scheduled the evacuations to begin by the end of July for individuals who have already started the application process for receiving special immigrant visas (SIVs). Officials aren’t releasing any additional information regarding the launch of the evacuations or the Afghans’ destination. In the past, US territories like Guam and Hawaii have been used for housing refugees while they awaited the final approval of their SIVs.

This is a great step toward keeping the promises made to these brave Afghan people. We will keep you updated on the evacuations as more information becomes available.