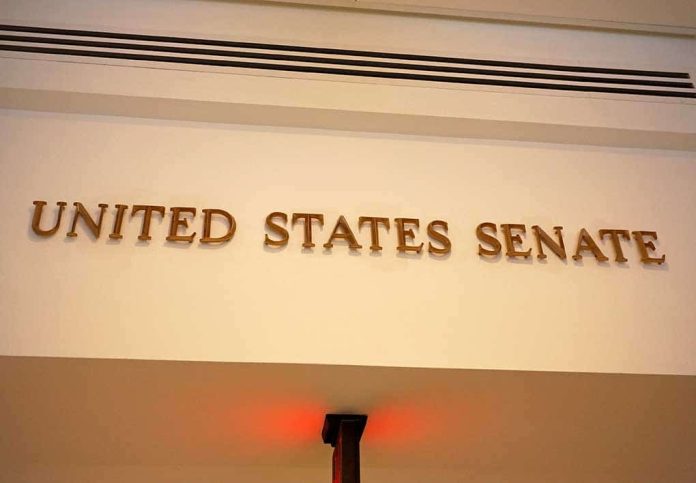 (RightWing.org) – In a rare display of bipartisan unity, the Senate passed a bill to boost the US tech industry and cut reliance on Chinese imports. If the House also passes it, and President Joe Biden signs it, America will get more security and more jobs.

President Trump’s assertion that the offshoring of critical manufacturing capabilities (such as semiconductors) to China, coupled with a lack of domestic rare earth mining, posed a security threat to America became gospel in the Senate yesterday.

No credit given, of course. https://t.co/m3cz0UMpzB

On June 8, the Senate approved a $240 billion tech spending bill with a 68-32 vote, in a bold defensive move against China’s growing economic power. The landmark legislation allocates around $190 billion to research and earmarks the rest for boosting production capacity.

Commerce Secretary Gina Raimondo says the production funding could create 7 to 10 new integrated circuit factories in the US and boost spending on telecom production. In the last two years, the US and UK have moved to cut communist-run Chinese companies out of 5G cellular networks, and that controversy raised red flags about Chinese dominance.

Senate Majority Leader Chuck Schumer (D-NY) praised the bipartisan bill, which he co-sponsored with Senator Todd Young (R-IN). Global pushback against China is gathering steam, and even under Biden, the US isn’t totally left out.