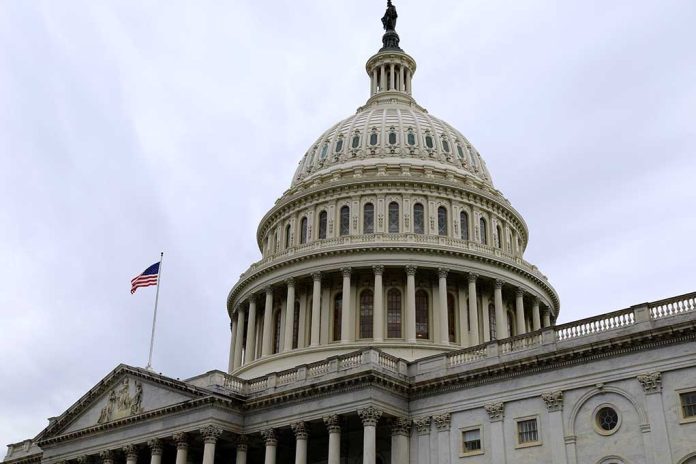 (RightWing.org) – Senate Democrats have launched a plan to legalize marijuana, but they just can’t help letting their woke obsessions get in the way of making good law. While there are plenty of sensible arguments in favor of decriminalizing pot, trust Chuck Schumer to find a terrible one.

"I was the first Dem. leader to come out for the legalization of #marijuana and I will use my clout as Majority Ldr. to make this priority in Sen." pic.twitter.com/4L3RVoy103

On July 14, Senate Majority Leader Chuck Schumer (D-NY) introduced a draft bill to end the federal criminalization of marijuana. The law is being overtaken by events, with several states having legalized or decriminalized it already – and a few even making a healthy tax income from legal sales.

The continued criminalization of marijuana has been controversial for decades. It’s a relatively mild drug, and enforcing the law soaks up huge law enforcement resources as well as burdening the US with the world’s largest prison population. Any Libertarian and a good many Conservatives can happily get behind plenty of arguments for legalization. Unfortunately, the Democrats have decided to make it all about race.

Schumer’s draft bill, co-sponsored by Senators Cory Booker (D-NJ) and Ron Wyden (D-OR), says the aim is to “end the decades of harm inflicted on communities of color” and frames the whole debate in terms of its impact on ethnic minorities. It barely mentions the science in favor of legalization, focusing instead on woke grievances and proposing a tax-funded handout program targeted to “communities most impacted by the war on drugs.” The bill’s wording tells us what that means.

The bill’s woke trappings mean it’s almost certain to face strong GOP opposition and could easily fall victim to a filibuster. If Schumer really wants to decriminalize marijuana and garner bipartisan support, this isn’t the smart way to do it.