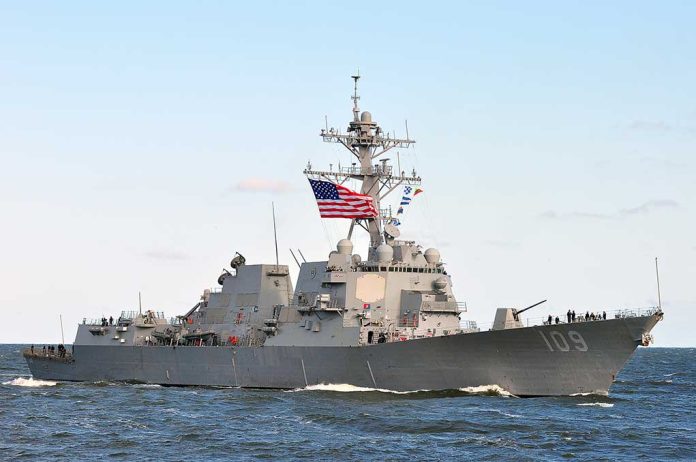 (RightWing.org) – The US Navy has decided to join universities and corporations in prioritizing woke dogma over its actual job. With China rattling its saber off the coast of Taiwan and Iran regularly threatening vital oil tankers in the Persian Gulf, the Navy leadership’s priority is a diversity, equity and exclusion review.

Acting Secretary of the Navy Thomas Harker plans to implement an extensive plan for promoting “diversity, equity, and inclusion” (DEI) in the Navy, as reported by Breitbart.https://t.co/tLTyTXMxRx

On May 17, acting Secretary of the Navy Thomas Harker pushed out a memo ordering the Navy’s chief diversity officer to make sure to include woke policies in everything the Navy Department does. Harker wants new diversity requirements for companies that supply the Navy and a review of conventions for naming ships and bases.

The Navy’s newest cruiser is 27 years old, the new Zumwalt-class destroyers and Littoral Combat Ships are expensive failures and the vital Gerald R Ford-class aircraft carrier can’t reliably launch aircraft – but Harker wants to waste time on far-left political issues. John Paul Jones must be spinning in his grave so fast the Navy could use him as a turbine.