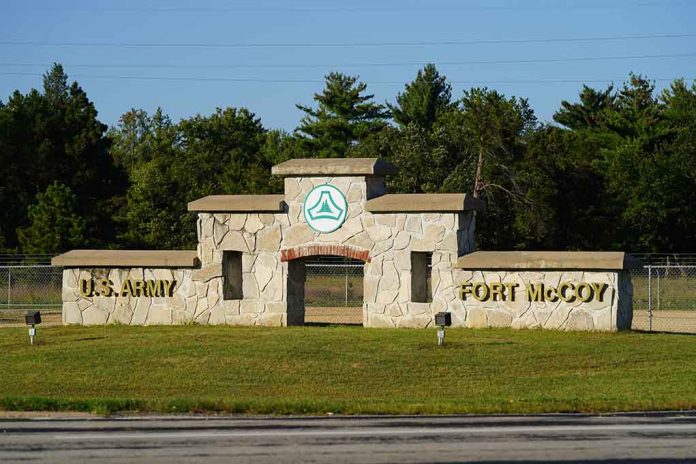 (RightWing.org) – The chaotic August 2021 withdrawal from Afghanistan wasn’t the proudest moment in American history, but at least our military managed to handle the actual evacuation. Now, it’s been stuck with the consequences of that action. The Afghan refugees it rescued have left several military bases with millions of dollars in damages and rendered them unusable.

Military bases that housed tens of thousands of Afghan refugees in the US incurred almost $260M in damages, rendering some buildings unusable for troops until significant repairs to walls and plumbing are made, the Pentagon's IG found.https://t.co/GQzapPex3p

In the last days of the 20-year mission in Afghanistan, the US military was able to evacuate around 74,000 Afghans from the collapsing country. They were flown to overseas bases in the Middle East and Europe for processing, then brought to the US and housed in military bases here until new homes could be found for them. A December 19, 2022, report from the DOD Inspector General reveals that facilities on those bases were used — and even abused — by the refugees, causing damage valued at over $257 million.

According to the DOD report, inspectors found furniture had been broken and “tents and cots ruined by spray paint, human biological matter, and holes.” Beds needed replacement, locks and windows were broken or missing, and plumbing at Joint Base McGuire‑Dix-Lakehurst (JBMDL) in New Jersey was deliberately clogged so badly that facility managers couldn’t clear it with normal tools. At Fort McCoy, Wisconsin, 213 barrack blocks were used to house refugees, and all were badly damaged.

A quarter of a billion dollars in repair costs is bad news, but the real problem is how the damage has reduced the military’s preparedness. Until it’s all fixed, some bases can’t “conduct training, prepare for future events, and return to normal base operations.” Those facilities need to be repaired, and with military bases being used to house illegal migrants who cross our southern border, the DOD needs to make sure this sort of damage never happens again.