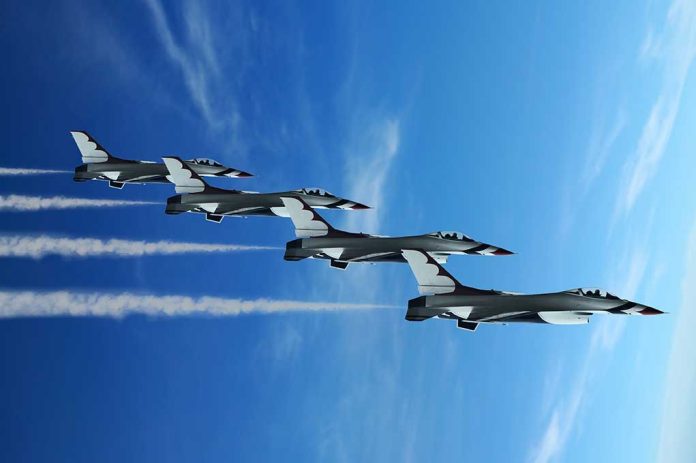 (RightWing.org) – The US Air Force has rapidly turned itself into a standard-bearer for modern liberal values. Under its first Black chief of staff and first female and Asian-American senior enlisted member, the Air Force has launched diversity reviews, promoted Critical Race Theory and condemned the US as a racist nation. Meanwhile, a major war has erupted in Europe, and the US military is on standby to protect our NATO allies. Now, it turns out that the woke Air Force isn’t only failing to achieve its readiness targets; it’s not even trying anymore.

America's Military Aircraft Readiness Has Tanked Amidst a Focus on Woke Politics ! https://t.co/KNH6uVzptT

Alarmed journalists are reporting the USAF’s readiness rates – the percentage of its aircraft that are actually capable of taking off and doing their jobs – actually fell last year. In fact, Air Force Magazine first revealed this last November. According to figures released by the Air Force, in 2021, readiness fell for every combat aircraft type except the elderly A10 close support aircraft. Affected types include the F15 and F16 – the workhorses of the jet fighter fleet – and the B1B bomber, as well as the F22A stealth fighter and the brand-new F35. Trump-era defense secretary Jim Mattis ordered the Air Force to get readiness above 80%; the Air Force responded by ditching readiness targets altogether, claiming they wanted to focus on “more holistic” goals. The result is that no aircraft type meets the 80% target, and the F22A is struggling to stay above 50%.

Meanwhile, the USAF has ordered commanders to “engage in conversations about racism,” and Chief of Staff General Charles Q. Brown has publicly ranted about how a cop could shoot him at any moment. Does Vladimir Putin care?