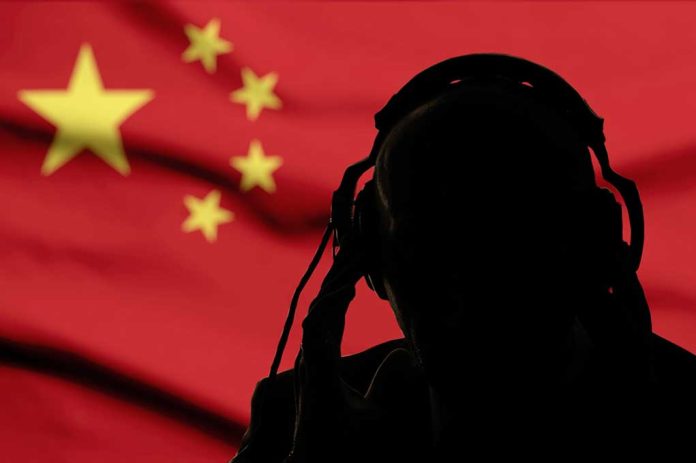 (RightWing.org) – In the late 1940s and immediately after the end of World War II, hysteria set in about the influence of Communism within the US government and businesses. In 1947, President Harry Truman ordered background checks on every government employee. In the process, officials discovered that a high-ranking State Department official was a spy for the Soviet Union. As the case unfolded, it became clear that the Soviets were penetrating the US government, and a full-blown campaign ensued to eradicate Communists from the country.

Over 70 years later, America may be enduring an even more brazen campaign by the Chinese Communist Party (CCP). On Thursday, July 7, former US intelligence official Nicholas Eftimiades shared the danger the Chinese present to the US in an interview with NTD’s “Capitol Report.” The Chinese expert on how the CCP inflates business, academia, and the government warned that the United States isn’t adequately prepared to deal with the challenge that China is presenting to the US.

China Is Infiltrating All Areas of American Life

The former senior intelligence officer for the Defense Intelligence Agency (DIA) said if the US is going to confront the CCP’s influence inside the United States, the government must develop a comprehensive strategy and clearly communicate how it will tactically tackle the problem. Eftimiades noted that while the CCP’s propaganda is widespread, its influence behind the scenes is phenomenal.

Still, while many Americans know the Chinese are working to undermine the US government, they shouldn’t get complacent and believe that’s where the communist party’s influence stops. Eftimiades warned that the Chinese are also impressively active at the state and local levels.

Although the US faced significant challenges from the Soviet Union in the 1950s, the former analyst stated that it pales in comparison to what the Chinese are doing today. Eftimiades said the Chinese use undercover campaigns to influence corporations, repress pro-democratic groups in the states, and collect intelligence about politicians from the national to the local level. Still, it doesn’t stop there. The CCP is also actively targeting colleges and universities.

Is TikTok a Major Chinese Data Collection Tool on Americans?

Millions of young people in America use TikTok. One day, some could become elected officials, influential government employees, or high-level business leaders. When they do, China may know more about them than they know about themselves thanks to the social media platform.

Eftimiades said the CCP collects incredible amounts of information on TikTok users and uses it to exert control within the United States. He said the Chinese refer to it as a “whole of society campaign.” Ultimately, the former intelligence official said the Chinese could use the data to create homegrown spies.

So, how will the US government respond?

Will Congress remain more focused on woke policies than the threat from China?