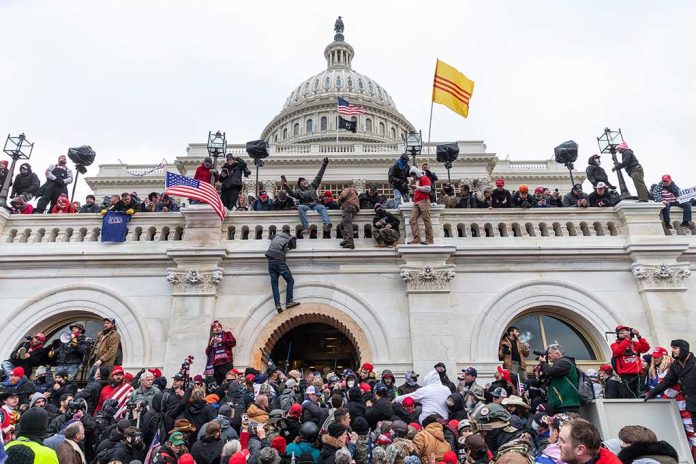 Government VINDICATES Oath Keepers – Comes Out And Says It!

(RightWing.org) – The mainstream media launched a smear campaign against the Oath Keepers and other groups promoting strict adherence to US Constitution, claiming they planned the riot at the nation’s capital on January 6, 2021. The following year, federal prosecutors filed an indictment against the group and several of its members, sparking a new round of media condemnation. However, a new Justice Department brief reveals the defendants didn’t lead the attack.

On May 5, 2022, a lawyer for Oath Keepers member Ken Harrelson filed a motion seeking investigatory files and any exculpatory evidence held by prosecutors. The nine-page pleading specifically sought information in the government’s possession supporting the claim the group led the Capitol Hill attack.

Prosecutors filed an opposition to the motion by Harrelson’s attorney on August 23. The government pleading provided several arguments against producing additional discovery, or Brady material, in the case.

The Biden regime admitted in a recent court filing that the Oath Keepers did not lead an attack on the US Capitol on January 6, 2021.

The opposition went on to state that since the Oath Keepers didn’t lead the assault, Harrelson’s request for additional documentation wasn’t “material” to the case. In other words, the government vindicated the group regarding any claim they led the riot.

As a footnote, several defendants recently filed a motion to delay their trials until 2023 in light of the media frenzy surrounding the January 6 Select Committee hearings.