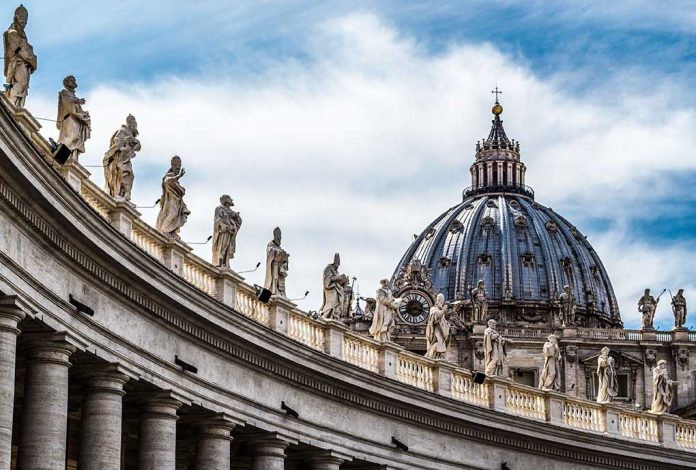 (RightWing.org) – To celebrate Pride month, several US embassies around the world are flying the rainbow flag alongside the Stars and Stripes – including the embassy in the Vatican City.

On June 1, the US Embassy to the Holy See tweeted a photo of a gay pride flag draped from the front of the building, with the message “The United States respects the dignity and equality of LGBTQI+ people.” Many Catholics and conservative Christians are outraged at the move.

Christian conservatives called out the Biden administration for flying the gay pride flag at the US Embassy in Vatican City. https://t.co/uqM8nBktqa

Last month, the Vatican issued a statement saying that gay marriage “cannot be considered licit” and confirming the Christian belief that same-sex unions are not part of God’s plans for family structures. Displaying a politically charged flag inside the Vatican, with the open support of the Biden administration, has offended many Christians.

Online response to the Embassy’s post was harshly critical. Several people on Twitter asked if embassies in the Middle East – where gays are routinely executed or murdered by Islamist regimes – planned to display the rainbow flag. So far, they haven’t.