(RightWing.org) – President Donald Trump has been working quietly behind the scenes with his administration to restore America’s economy in the wake of the fallout from the coronavirus pandemic.

The Department of Commerce’s watchdog agency, the Bureau of Economic Analysis (BEA), released its gross domestic product (GDP) third-quarter advance estimate on October 29, and the numbers are nothing short of amazing.

Get details behind the U.S. economy’s growth in the third quarter of this year; read our blog, https://t.co/Yqg10kiYrN. pic.twitter.com/sFzhWqw6lh

The BEA’s report showed the real third-quarter GDP increased a whopping 33.1%. This figure is stunning and reflective of the administration’s reopening efforts, considering that second-quarter real GDP decreased by an astonishing 31.4%. That means it took only one quarter for the Trump administration to get the economy out of the red and back into the black.

This historic increase reflects President Trump’s ongoing efforts to re-open the country and allow Americans to resume normal economic activities. It looks as though, as the president predicted on Twitter, “Next year will be FANTASTIC!!!” 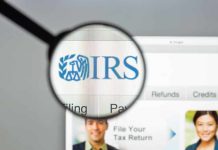