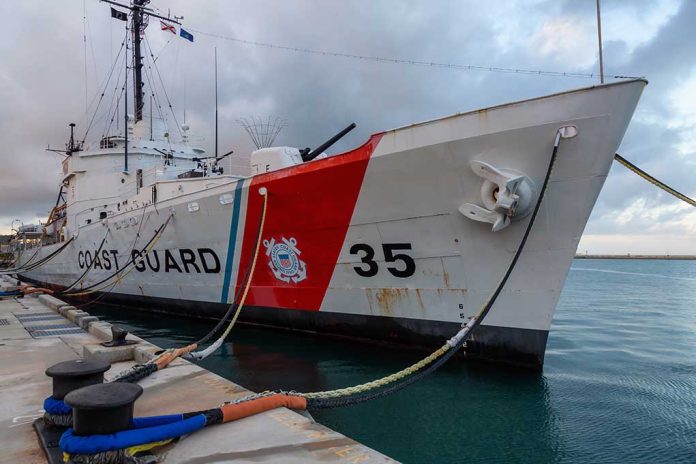 (RightWing.org) – In a new sign of China’s spreading influence, a US Coast Guard cutter was forced to cancel a refueling stop in a small Pacific nation. The Solomon Islands signed a “security pact” with China in April. Now, without warning, it’s banned visits by US warships.

The Solomon Islands, now under the thumb of China, have denied entry to HMS Spey and USCGC Oliver Henry. US Coast Guard photos. pic.twitter.com/TG9lKnv6eX

The Solomon Islands are a nation east of Papua New Guinea, with a population of around 650,000 scattered over more than 900 islands. A former British protectorate that became independent in 1978, it still has Queen Elizabeth II as its head of state and has always been pro-Western — until now.

Since Manasseh Sogavare was re-elected as prime minister in 2019 in a disputed election, the country has swung sharply towards China. Months later, the nation broke off diplomatic relations with Taiwan, and then on April 19 of this year, Sogavare signed a security agreement with Beijing. Under the new deal, China will help the Solomon Islands maintain “social order” and “national security.”

Earlier this month, the US Coast Guard Cutter Oliver Henry found out what that means. Approaching the Solomons for a scheduled refueling stop, the ship contacted port authorities for clearance — and got no reply. With officials refusing to answer radio calls, the cutter was forced to divert to Papua New Guinea for fuel. There are rumors that a British Royal Navy ship, HMS Spey, was also recently denied clearance to dock.

Now Sogavare has admitted that, under the terms of the deal with China, all US warships have been banned from visiting the islands. In a statement, he said he needed time “to review, and put in place our new processes” for visiting warships. Will these “new processes” also apply to Chinese warships, or has that already been reviewed for him in Beijing?